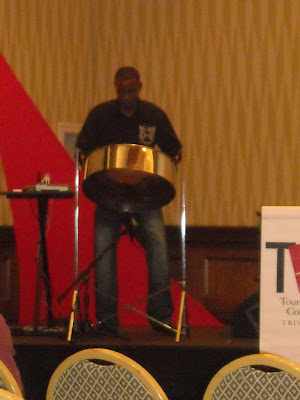 Hilton Barbados almost became Port Of Spain (POS) when Trinidad and Tobago’s TDC stopped by to encourage Travel Agents to get them to have their clients head their way. Nadine Johnson, a Marketing Consultant with the TDC, told the people attending how 42% of short-term visitors to the Republic were from USA. 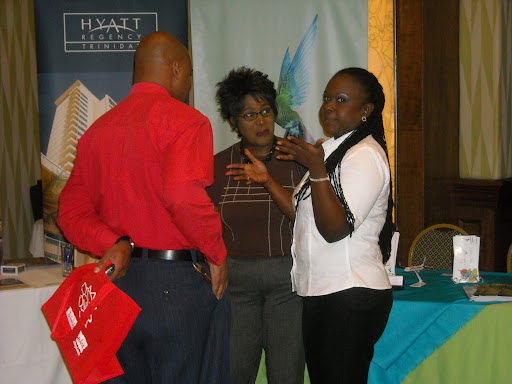 The UK makes for 13% while Barbados accounts for 5%, the balance was fairly mixed with other destinations. But if their goal is hospitality, then their camera crew needs some good ol’ Bajan “brought-upsy” -aka- manners. They get on vex when I took some crowd shots, I was apparently in the way of their video, en’t? All they had to do was ask why I was there and what was my purpose, they’d learn I was invited to cover the event! I think it’s time to devise an Official I.D. for events and also a uniform (I feel a blue aloha with khaki Bermuda Shorts and some Birkenstock or Reefs), heh? 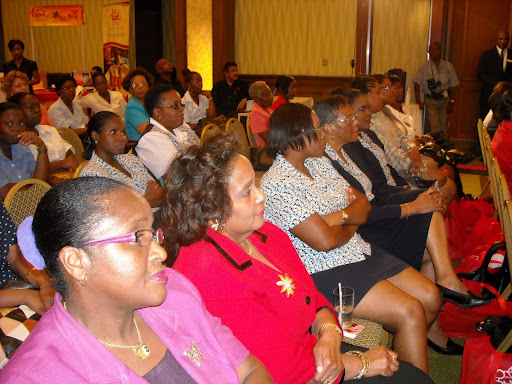 I had to speak to one of the kind folk at Saunders-Franklyn Associates to please alert the camera crew I was there for the same reason as they were and then they cool off, what basodie! I did not even bother to say I was born the same place they were since they get on so boll’face! 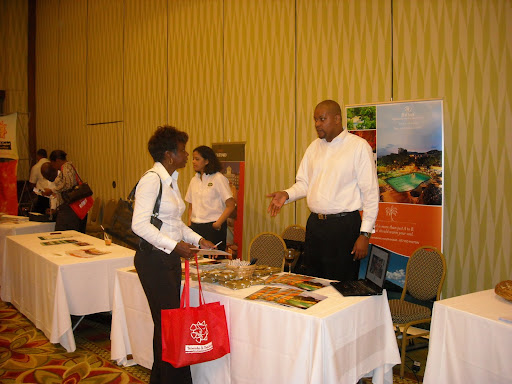 Apart from that, while the video presentation must have been expensive and well-prepared… I felt that using Enigma‘s “Return To Innocence” was passe, I mean, that was used for the Atlanta 1996 Olympics? Plus – why the American twanged narrator? Surely there are lightly accented Trinis like Judy Chong-Dennison or her hubby Anthony Dennison, they’re worth the pay! 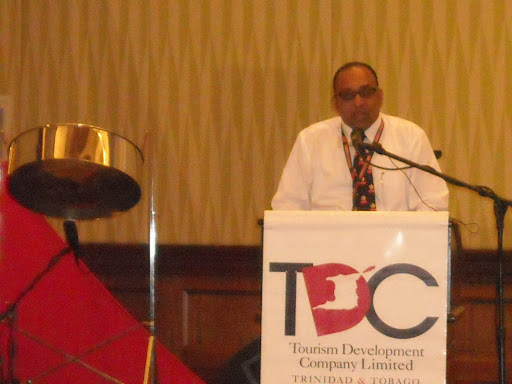 TDC Director Barry Bidaisee’s main concerns were Swine Flu and the current global economic spiral, he wants to use these as spurring points for encouraging travel to POS. Much the same way New Zealand, India and Vietnam are seeking to capitalise on similar types of escapist flight.

One of the highlights of the night was when Hughvon Sealy from LIAT’s Marketing Department won an all-inclusive trip for two to the Hyatt Regency with free air passage from Caribbean Airlines! Ay, the bacchanal, LOL!

As you see, this article is strewn with video – a rare treat of having Shurwayne Winchester on our shores and after dragging most of the Bajes kicking and screaming into a relaxed state was able to get them to sing along as a fine wrap-up for the night!