SUICIDE OVER EXPLICIT TEXT PHOTOS W/O CONSENT – CAN YOU LIVE WITH IT? by DR DAWN MADDALONE

Mental health is being attacked by culture and value clashes made more acute by the power of the internet over nudity, pornography, and sex. 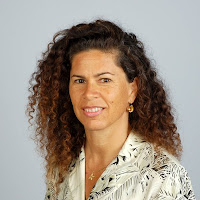 Suicide and other mental disorders were addressed a few weekends ago at another extremely stimulating continuing education conference for health care providers which I was privileged to attend here in Bim thanks to BAMP/UWI.

Suicide and debilitating depression are being experienced by individuals after sexually explicate photos are made public. Some of these photos and videos were taken without the consent or knowledge of the people involved. It is horrifying to think how easily our young people could be blackmailed or otherwise exploited by sexual predators in this age of technology.

Single females under the age of 30 are at highest risk of attempting self harm in general according to research, while men have less overall attempts but more fatal efforts. The WHO, world health organization, statistics suggest approximately 1 million people died by suicide and 10-20 times that amount of people attempted suicide worldwide in 1999. It is considered a major public health problem here in the Caribbean as well. In 2005 Guyana had a 33.8 per 100,000 suicide rate in males compared to 11.6 rate in females; some feel culture conflicts between generations is part of this high rate in males. For example, growing up in India and growing up in Guyana is a very different experience and can cause conflicting values between parents and children who were brought up in different countries.

Jamaica ? if you were wondering, reported a 0.3 suicide rate for men and 0 for women during 1990. A pilot study is underway presently in Barbados for a 1993-2008 evaluation period.

Freedom of expression, responsibility, morals etc. etc. what is my role; some cultures find public touching or a kiss on the cheek completely unacceptable behavior between adults of different genders, or heaven forbid between royalty and the gentry.

Love and tolerance could be my guide?

Dr. Dawn Maddalone DC is a chiropractor practicing in Barbados for the past 20 years, her office is located behind Quayside Mall in Rockley.