I saw the first episode of Royal Pains and wondered how they’re going to keep the medical MacGyver thing going… Then with episodes 2 & 3 I was pleasantly shown that’s wrong, this is a kind of humbler version of House – where Hank Lawson does detective work of figuring out the malady with the help of Divya –

his assistant who seems to have some strained relations with her family, yet to be shown – and his brother Evan.

Mark Feuerstein’s character of Hank Lawson, is truly a Dr Robin Hood… He is paid handsomely by Hamptons’ mentally stunted yet obscenely rich (exceptions to being financially arrogant being old-man yet teenager Tucker – whose great-grandfather invented the blender –

and the subtly lethal Boris, who gave Hank his chance to debut) and at the same time he looks after the blue-collar crowd of the same Hamptons…

Like the fisherman with Hepatitis-C needing interferon, or a dog-walker too poor for medical attention and has an infected dog-bite yet both guys should have just the same care as those who can afford “a concierge doctor.“

One has to wonder what will happen with Hank’s gold-digging ex-fiancee who made it clear she was only interested in Dr Lawson when he was the darling of a New York hospital, 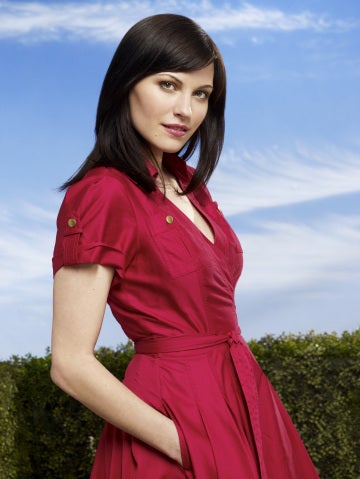 how will this gel with the budding romance now emerging with Hampton Hospital Administrator Jill Casey?

Even considering true reality, can Hank Lawson not sue for wrongful dismissal at his old job? He was trying to save lives on his day off, one survived and the other did not… Not because Hank was negligent, far from, but just due to the vagaries of chance.

A doctor so caring and inventive using gym-bags, ice-paks and a board with gym socks to save a young heart-attack victim is someone you keep, not throw away! Like House, you learn new medical oddities – how ticks have neuro-toxins – but unlike House, Hank does not feel he’s omniscient. Just the opposite, he wants to make sure everyone has their say… This interplays well with Jill’s desire to get a Free Clinic rolling; Divya reconciling herself between family and a career and Hank’s bother Evan seeing an opportunity to do better than before with this new accessory for the rich… A concierge doctor…

One thing for sure, the USA network always make sure to develop series that have different angles on previously typical shows! Be it witness protection, rogue spies or in this case an unfairly defrocked doctor. I always look forward to a new series from the creators of Monk!