DC comics (Home of the Kryptonian and Gotham City) started about 1937… Stan Lee joined Timely Comics (It was flogging Captain America, Sub Mariner & Human Torch then – Spider-Man was not ’til 1961) when he was 17, eventually it became Marvel and he was the linchpin for that publication.

However, creation rights were such a bitch (Look at the destitution that Supes’ creators – Jerome Siegel & Joe Shuster – had to endure, although Batman’s Bob Kane still fared well in comparison, was it really the treatment he should have warranted? Even Stan Lee himself and Marvel have litigation fights over successful films like Blade, Fantastic Four and Spider-Man) that this led to the creation of Image Comics via Todd MacFarlane with Jim Lee, Marc Silvestri and others, where the creator held their rights even if they should decide to go to another publisher.

Years back, Barbados had a very talented illustrator Jerry Pierrepointe Jr, he was thinking of doing work with Image – he even had a character called The Flying Fish… A few Google searches by the B.R. revealed nought as to whatever became of that project or Jerry Jr. 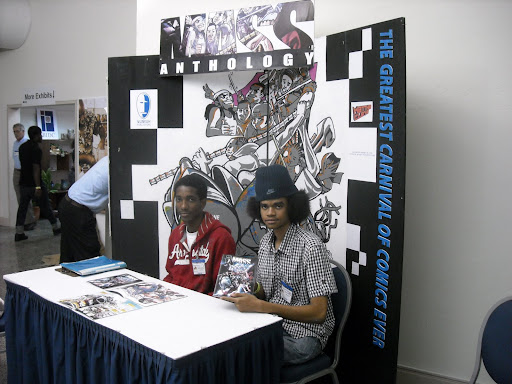 More recently, if you read Heat Magazine – now out twice weekly, Wed’s & Fri’s – you would see some biting Editorial cartoons on local, Caribbean or Foreign situations. These are from the highly talented Matthew Clarke. Also on the illustrative scene is Jabari Batson, who had some of his work displayed at Sign O’The Times digital art at QPG last year. Sheena Rose is better known for animation, but easily falls in what some call the “graphic novel” format. 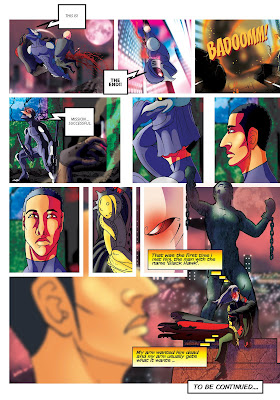 These folk, and others, have joined forces to create Wunnuh Publishing… This in turn led to “Mass Anthology,” where the guys plan to have Issue #2 in a few weeks, then try to go monthly from Issue #3 thereafter… 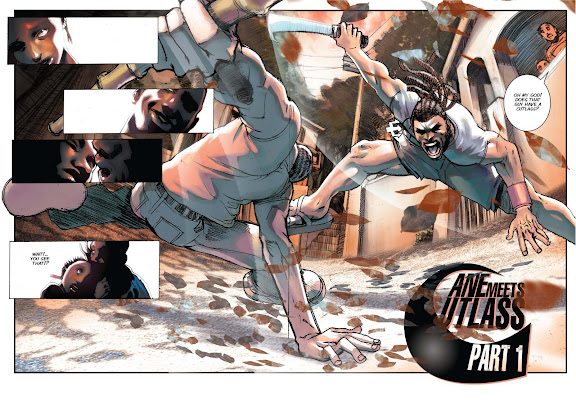 As an effort to establish a Barbadian comic this is real fun! There appears to be a Bajan version of Wolverine – Cutlass – fighting a sticklicker known as Cane. Arch Cot’s tragedy was mixed into a twisted version of the Bush Sr & Jr Iraqi Legacy in “Side b“; a baku is the villain in another strip – is this a parallel to how many Barbadians see Guyanese as villains? Considering the baku is from Georgetown?? 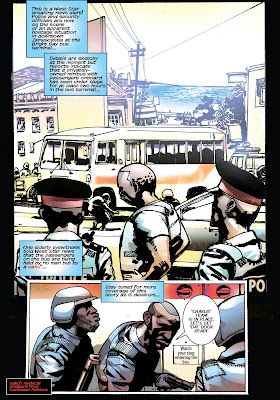 There is no Comics’ Code of Authority stamp on the cover, come to think of it – I can’t recall the last time I have seen one of those dooflickeys – yet they do a good job in making sure cussing is there but not legible, e.g. – “What The R@$$?!?!” is a blurt from Cutlass, thus ensuring Bajan slang and yet maintaining standards high enough to allow parents to read it. 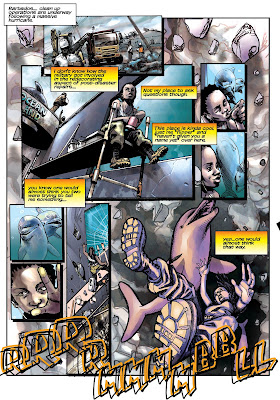 Matthew is currently in the process of negotiating distribution with both Cloister and Pages Bookstores, so look for it at a popular bookshop before June is over!