Media who appeared at the Plantation Garden Theatre recently learned very quickly that Peter Boyce when he belonged to another comedy group was very much the Chief Inmate! Since forging his own way, Peter has created a new tent with not one but many drawing cards and a “bariffle” of Sponsors – Hennessy, Guinness, Banks Holdings Ltd, Sa Sa Boutique with Sole 2 Sole shoestore, CBC’s Socaholics along with Stokes & Bynoe! 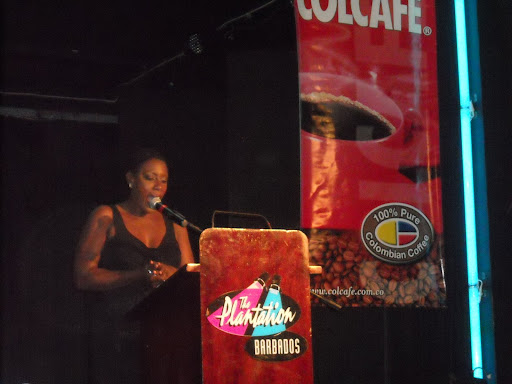 Dale Forde was the MC that night, with entertainment from Wacky Wayne who unicycled, baby cycled and ballooned the audience. 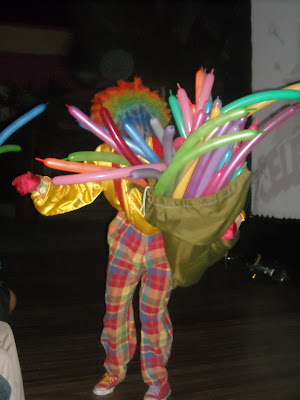 The ex-Madd man says no more groups for him to perform material with, but he won’t stop writing comedy… Celebration Time is due to launch Friday 26th June at the Lloyd Sandiford Centre (ex-Sherbourne) from 9:00 pm. This News-Blog asked Peter why no Digicel nor LIME as a co-sponsor and he says he stayed with regular contributors and will gauge public reaction this year and may adapt accordingly next year but he has no immediate plans to seek sponsoring via mobile companies yet. 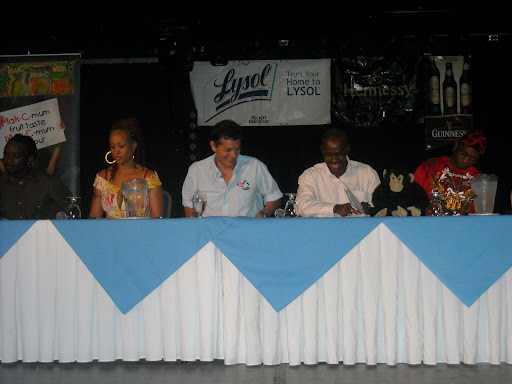 The logo for the tent was designed by Jeremiah Wiggins. As the audience gathered for the launch, they were treated to a recording of Ramases Browne’s rendition of the theme for Celebration with video compiled by Selwyne “Get Busy” Browne that was taken from last year’s Euphoria performance and thus avoiding any intellectual property footage wars with certain Cawmerians… 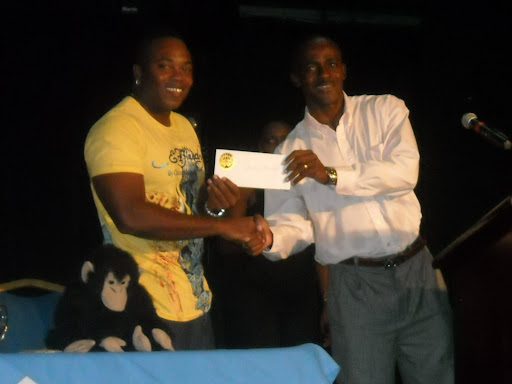 Ramases’ ready contribution earned him a special prize from Peter that night and a presentation was made that evening. Edwin Yearwood, Alison Hinds, and Khiomal stated the decision to migrate with Peter Boyce was easy simply from the respect he gave them, then they could do no less in return. 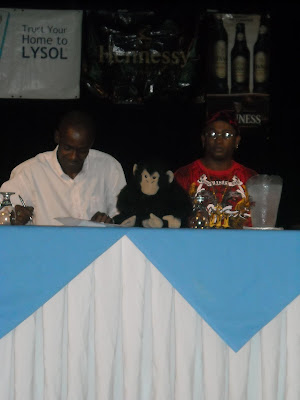 Tony Hoyos, co-owner of the Plantation Garden Theatre, also commented at the launch, he admitted his idea to be a partner with Peter Boyce was an idea waiting to happen for a while. Hoyos believes that if anyone can advance the artform to new levels than Peter is a likely candidate as Bajan calypso is close to stagnation and needs innovation. 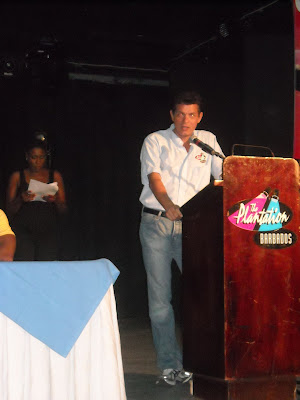 The former triathlete also told the crowd that people are not attending tents like they used to do and he sees Mr Boyce as reinventing local entertainment at this time of year.

Peter Boyce also spoke and was very effusive, apart from praising his Administrative Staff, he added this for the participants to appreciate;-

Apart from the former Sherbourne and Plantation Garden Theatre, the tent is due to make appearances in a number of venues like the George Street Auditorium on the 4th, 11thand 18th of July. A matinee presentation of the tent will have proceeds donated to the Barbados branch of the Special Olympics.

July 10th is judging night at the Lloyd Sandiford Centre, and a special Vintage Tent night from Celebration is planned to coincide with Plantation’s Boogie Night’s “Back In Time” tenth anniversary. 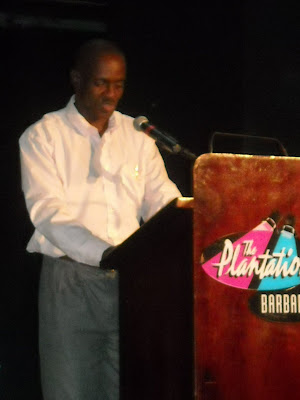 Peter in wrapping up says he bears no one any malice, yet he’s so “socaholickyfied” (??) he is confident his Celebration Tent will win every title and earn every Crown to be had – with heavy hitters like Peter Ram, Lil Rick and Mac Fingall in addition to Soca Queen Alison, “Threepeat” Monarch edwin and Khiomal from Krosfyah – so this may be no idle boast, eh? 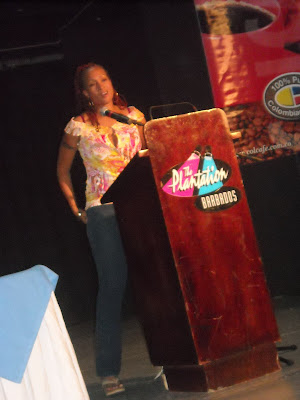