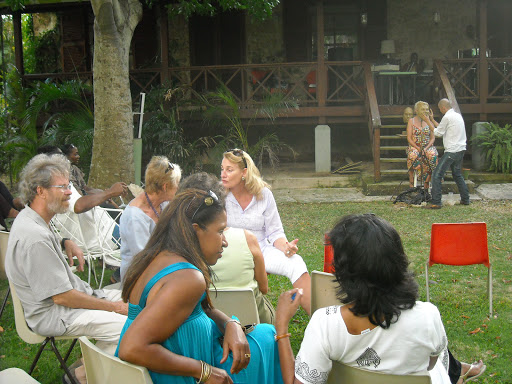 Bartenders in black, shaking not stirring Poland’s greatest invention as interpreted by the French. Dub music with live vocal accompaniment. Live Bajan jazz as patrons have their portraits immortalised in clay by Jerome Radigois, one of Martinique’s best sculptors. 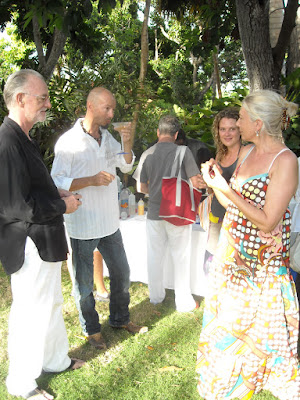 Jerome also did a new creation on the lawns of Lancaster, this one resembled an ancient Gladiator to me…. 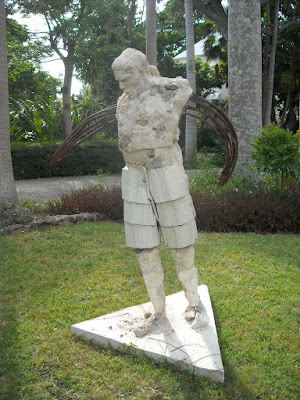 What more can you want for a lazy weekend, this was the scene at Lancaster Great House when they put away their Winter gear and ready for the lazier and far more sultry tones of Summer, this event was the result of the forging of many ties to make it possible… 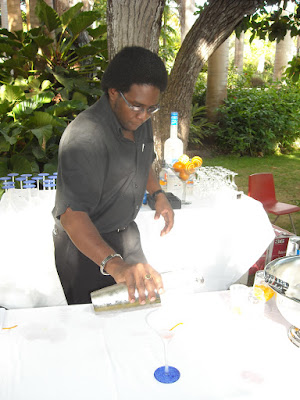 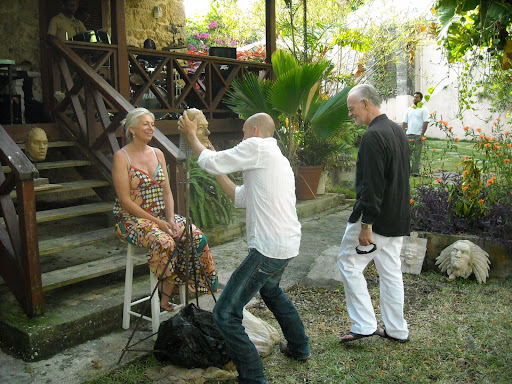 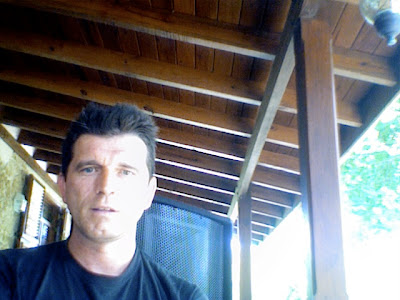 As the evening wore on, Manu Leonard (who looks a bit like a French Simon Cowell) gave way to C4 and then both came on together for the wrap-up! 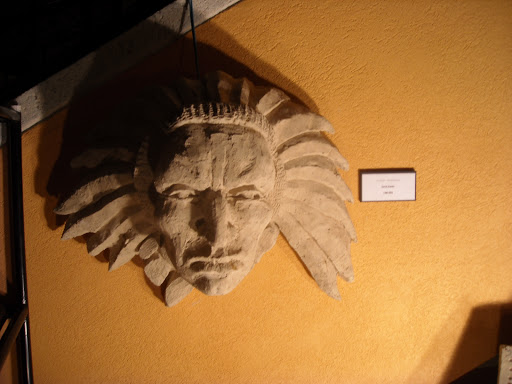 There was a raffle where 2 sculptures were the top prizes and then a number of Manu CD’s and C4’s debut album also (Manu’s disk will be under review soon, still trying to get a C4 album?) 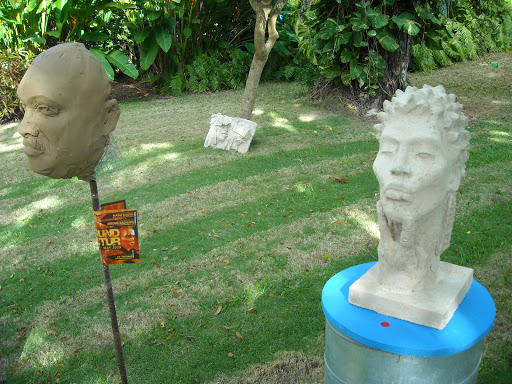