Is a Top US Fashion Magazine opposing race-mixing? Why one rule for whites but a next for hybrid Bajan Singer? Rihanna is snubbed yet Demi gets Moore?

WARNING – SEXUALLY PROVOCATIVE, NUDE OR SEMI-NUDE PICTURES! {THIS IS A PERSONAL OPINION GIVEN HERE, BASED ON CERTAIN FACTS}

According to many gossip sites, Rihanna is blue vex at Chris Brown for the photos leaked and now she plans to do the same… Can you really blame her? Over in New Delhi, here’s what they’re claiming;- 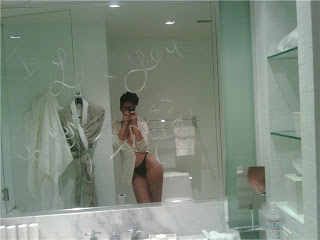 The 21-year-old singing sensation, who broke-up with Brown after the infamous February 8th assault episode, is bent on extracting revenge on the 19-year-old singer by putting up his naked pictures online, reported Star magazine.

The publication quotes a source close to the singer as saying, “she says she’s going to release her own photos of Chris. She has less-than-flattering nude pics of him that she plans on leaking. Rihanna says he’ll be really embarrassed.”

The magazine had earlier reported that the ‘Disturbia‘ hitmaker was devastated by the photo scandal as it cost her the chance to be on the cover of fashion bible Vogue.

More than one site claims the publication stopped a photo shoot of her, and now revenge from Rihanna may be an understandable option. S2S online posed this item;-

Rihanna, crazy-stylish and always game to try on the latest designer experiments, seemed like a natural cover for Vogue, the most famous fashion magazine in the world.

After all, she had survived the public embarassment of the Grammys in February and made a stunning turn at the Met Costume Institute’s Gala in May. New York magazine’s fashion blog, The Cut, even reports that Rihanna was seen schmoozing with Anna Wintour, the Vogue’s editor-in-chief. 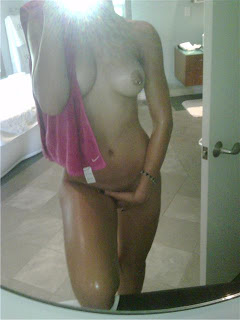 But the blog is now reporting that Rihanna’s chances of a cover were blown when nude photos of her and ex-beau Chris Brown leaked a few weeks back. Sources say that the young singer is distraught over the rejection and has even called Anna several times, but hasn’t received return phone calls.

But the contention here at B.R. is this – why target Brown and not go for Vogue who is preaching racial hypocrisy? It seems the clothing rag prefers racial types that are “pure” – since Rihanna would have been the fairest-skinned “black” girl this year, all others were “darker“…

However, in 1991, when Demi Moore was pregnant she made headlines for appearing on Vanity Fair this way;-

How about when she wasn’t pregnant? Vanity Fair strikes again – via body paint…

12 years later look where she ended up on the cover of? Demi’s decision in both cases was deliberate, while in Rihanna’s case it was a hacker who pawned illegally obtained pics if you goo by various sources, regardless, she’d hardly want those kind of shots floating about – think about it, if the photos are her, do you really think she wanted them out just before she testifies against Chris Brown? That would weaken her cross-examination! 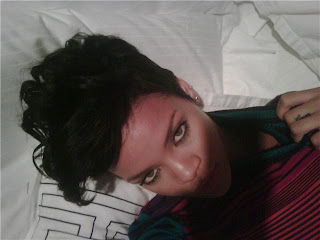 So the only conclusion I am led to draw is that Vogue Magazine are a bunch of racial purists who only like dark-skinned black people that appear saintly, but if you’re white you can do what you like with no similar repercussions – so doesn’t Vogue need boycotting right now?