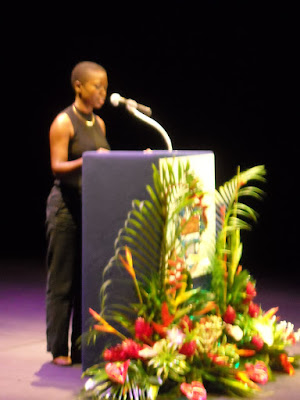 It is still amazing how mainstream media marginalises significant events… Case in point? The minimal attention given to renaming of UWI Cave Hill Campus’ Pedagogical Centre to the George Lamming Pedagogical Centre – it was an amazing moment for Caribbean history, by virtue of Professor Lamming’s views and remarks and sources he quoted to support his views. 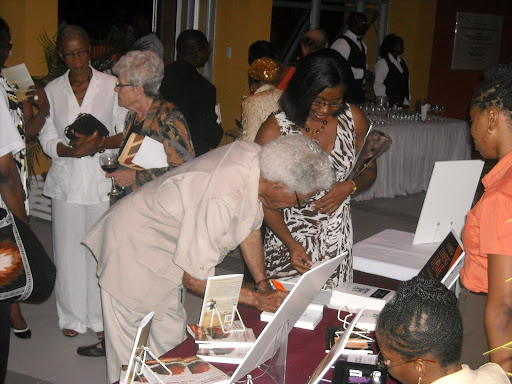 The renowned writer was pleased to have the Centre named after himself as he’s tired of answering his phone and hearing a request to speak to the Headmistress (meaning Geo. Lamming Primary)!

He also gave a fascinating definition of the word pedagogue;-

In the author’s perspective, 2008 should have been the 50th Anniversary of the Federation of the West Indies, instead four years after its creation it was disbanded for petty bickering. Much the same way now how Caricom may now fall apart over Immigration issues.

Mr Lamming feels this is a tragedy considering how most of the current cadre of leaders in the region either attended or graduated from either Mona, St Augustine or the Cave Hill campuses. Yet here it is two generations later and no one has seemed to learn from the previous mistakes. 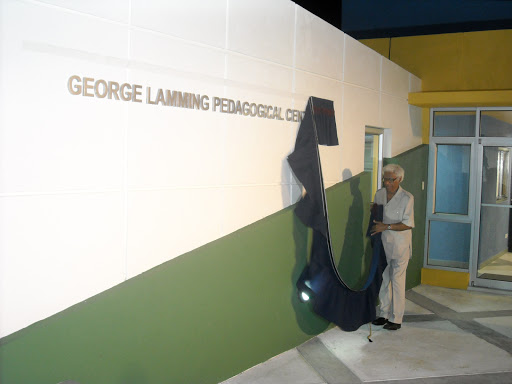 The professor appears to tacitly agree withe apocryphal quote of Napoleon stating how the victor crafts history for descendants as a legacy;-

The author of “In The Castle Of My Skin” drew an analogy of political parties with music parties inundating Barbados, he feels culture has become a synonym for popular entertainment which is now reduced to Reggae On The Hill. This in turn led to Mr Lamming citing Owen Arthur in 1992 while addressing students from Mona how the victors of an election disenfranchise at least 50% of the population for at least 5 years. Which, according to the quote from the former PM, leads to political parties being toxic for a country’s needs. 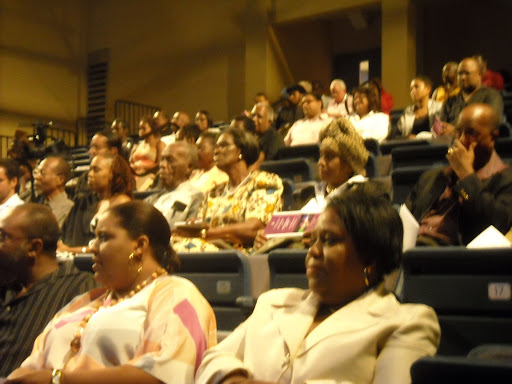 Lamming insists the islands should not be separate rather a happy hegemony showing the world Colonialism has no place in the Caribbean. Instilling this genuine sense of the region should be taken from the Primary School level, according to the Bajan author, and regional leaders need to recall where they earned their education and show better examples for young people;-

This is the first of a trilogy, in the other members of the series? There’s also the dramatic tribute for Professor Lamming from two fine actors and when even a calypso monarch can wear out a welcome! 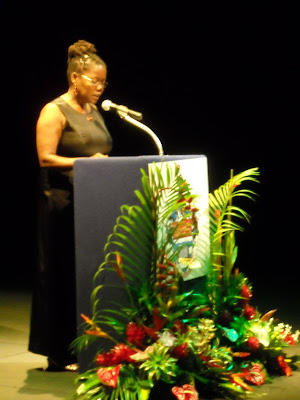 We’ll also look at which students from Mr Lamming’s Master Fiction Class gave a reading and who we thought was best and why.