AN OPEN LETTER TO THE MINISTRIES OF EDUCATION IN ALL CARICOM MEMBER STATES;

I write to you on the matter of my primary and secondary school age children’s uncomfortable position of being perpetually scholastically mis-informed – (and penalized when they state the truth to non-Arawak educators!)- in regard to their OWN Arawak people; for my children are registered members of the Lokono-Arawak tribe of Pakuri territory in Guyana where they were born. 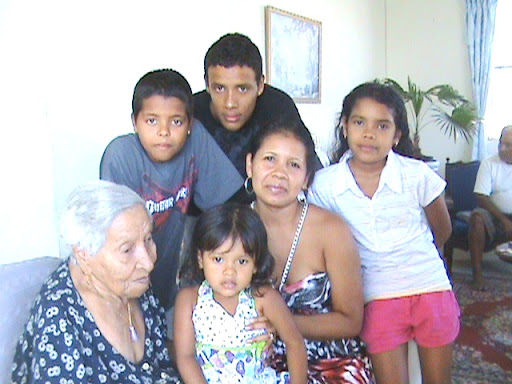 I had met several years ago with the then Minister of Education in Barbados the Hon. Mia Amor Mottley, concerning the perpetuation of centuries old European misconceptions and outright fallacies about the Arawak and Carib Peoples in the Caribbean; and I am also aware that you are all collectively bound to follow the guidelines of erroneous resource materials still officially provided by the Caribbean Examinations Council (CXC).

This dogma however, is the epitome of colonial era mentality Academic arrogance and prejudice – for non-Arawak and non-Carib ‘educators‘ to even presume to tell Arawak (real name Lokono) and island Carib (real name Kalinago) children that what they KNOW to be true of their own people is somehow ‘incorrect‘ – and only the questionable accounts of biased and/or ignorant fifteenth and sixteenth century European colonists in the Caribbean are to be accepted as the Gospel truth.

For example, my children’s answers are marked as ‘wrong‘ when they say that Arawaks do NOT worship ‘Zemis‘ – and go on to explain that there is no letter ‘Z‘ sound in spoken Arawak (I have a dictionary of the Arawak language, and their maternal grandparents are fluent speakers of Arawak), furthermore the item is actually called a ‘Semi‘ (which means holy object, a ‘Semechi‘ is a holy man in the Arawak tribe); my children ought to know because their uncle still makes Semis and I have personally owned one for many years.

A Semi is akin to the incense dispenser of the Anglican and Catholic Churches…it is merely part of the religious worship…you would not say that Anglicans and Catholics ‘worship‘ the incense dispenser would you? Of course not, it would be a lie and an insult to members of those Christian denominations were you to say so… and therein my claim about a lingering bias and prejudice against the regions first inhabitants is illustrated perfectly. 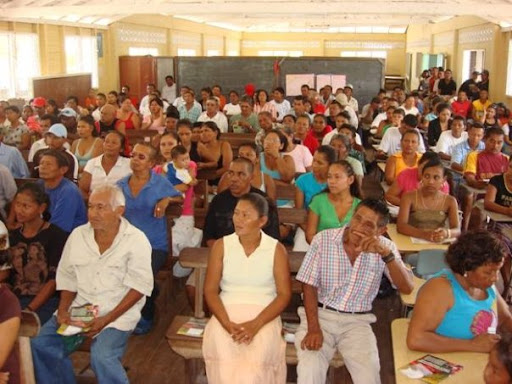 My Children’s maternal grandfather is the top producer in the tribe of Bows and Arrows, and the tradition was passed down to him from untold generations of his ancestors, yet my children’s answers are marked as ‘wrong‘ when they say that Arawaks made these items, apparently the history book version is more ‘accurate‘ than the reality they KNOW to be true.

My children are even told that ‘The Arawaks did not worship God‘, strange then that we have a word ‘Adaiahuli‘ which means ‘Great Holy Spirit/Creator‘ in our language – and we pray to him often.

But by far the worst example of prejudicial bias and/or ignorance (maybe a combination of all three) is when they hear their so called ‘teachers‘ make a statement like ‘Columbus was good to the Arawaks‘, only someone truly ignorant of history could say such a thing.

Columbus’s first notation about Arawaks in his journal was – and I quote “They are very trusting, pleasant and loving are are more Christ-like than ourselves; and they will make excellent slaves“, this man is still considered to be a hated VILLAIN to ALL indigenous tribes of the Western Hemisphere and ‘Cristobal Colon (his Spanish Name)/Christofero Colombo (his real Italian name) – was the FIRST perpetrator of GENOCIDE in the Americas – one that led to the enslavement and extermination of millions of Arawak People in the Greater Antilles in a span of just a few years.

Caribbean Educators! Kindly take the opinions of those you are still insulting into account, when you perpetuate the vestigial racist colonial agenda you teach to young impressionable minds entrusted to your tutelage.

All for your information and guidance,