The provision of roads to any community {Barbadian or Nevisian – B.R. opines} is a basic amenity and not a luxury, was a view shared by Nevis’ Minister of Social Development in the Nevis Island Administration (NIA) Hon. Hensley Daniel while on a recent visit to the Golden Grove Housing Development, St. Johns Parish.

The Minister who is also the area representative was in the just over one year old community, for a firsthand look of 500 meters of road under construction there. 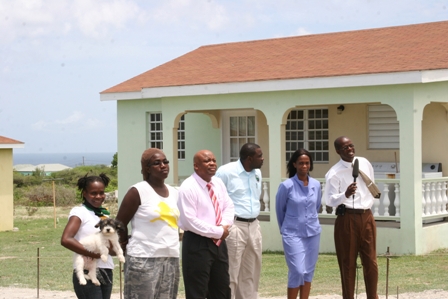 ?I want to say again we remain committed to ensuring that all of the people we represent are sufficiently provided for,? he said.The Minister explained that though times were hard throughout the world, it would be more difficult if the houses were allowed to deteriorate as a result of poor infrastructure. 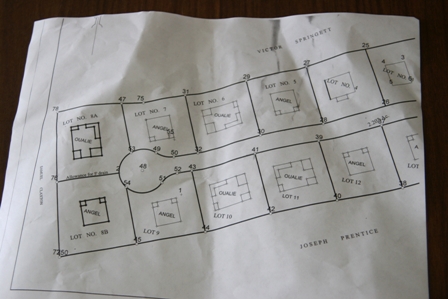 Mr. Daniel said though the new roads would raise the value of the real estate in the area, the Administration was also building communities.Meantime, Contracts/Projects Manager of Surrey Paving and Aggregate Mr. Desmond Lewis who was part of the visiting officials to the construction site, in an overview of the project indicated that construction had already commenced and was slated for completion by early June.?We are here to report that we are working in conjunction with the Nevis Housing and Lands Development Corporation (NHLDC) with a view to developing infrastructure with a few housing developments within the Nevis area?

?We are placing curb and slipper drainage along with a proper base and what we are going to place priming as soon as we have finished the base. This work in conjunction with good negotiations with the people from NHLDC will cost approximately US $55,000.00? he said. 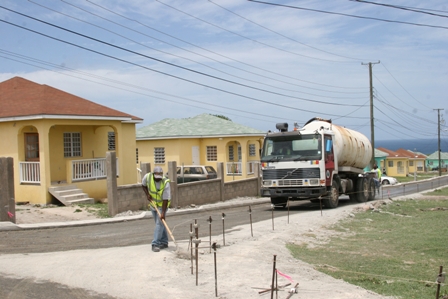 Assistant General Manager of the NHLDC Mrs. Alverine Williams who was also present said the Corporation was pleased to provide the necessary infrastructure for all the projects it had administered and the Golden Grove Community was no different.However she had words of advice for motorists who would ply the road when it was completed.?I trust that a level of prudence would be exercised in the way the roads are managed and used and also maintained,? she said.