The 2nd Digicel Kick Start Clinics in the Caribbean concluded in St. Kitts as John Barnes revealed the eight young Caribbean footballers who will travel to Sunderland AFC in September to spend one week training at Sunderland’s Academy of Light. 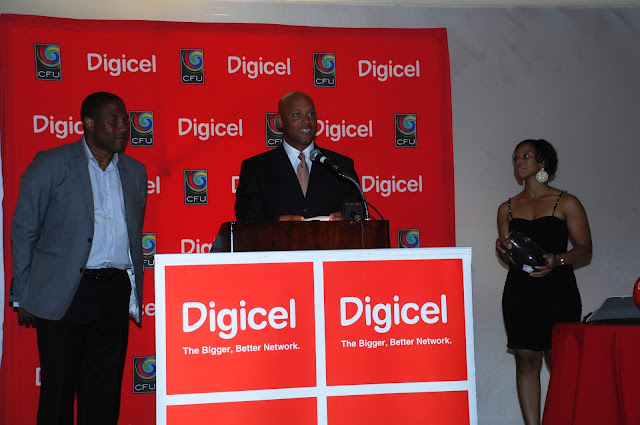 Diquan Adamson from Barbados, Esso Amichy from Haiti, Omar Holness and Paul Wilson from Jamaica, Kieron Phillip from St. Kitts, Ruiz Dillon Fromoredio and Bruce Julianto Diporedjo from Suriname and Ryan Frederick from Trinidad were the eight most talented footballers that participated in the Digicel Kick Start Clinics, which took place in six Caribbean countries over the last two months. Commenting on his selection, John Barnes said: ?I?ve always said that the Caribbean has an undiscovered pool of football talent, and again this year I?ve seen some great potential in these Under 16 players. It was a tough decision to choose eight out of the 150 players that took part in the Digicel Kick Start Clinics to train in Sunderland, but I believe the eight footballers I have selected have the right amount of talent, desire and ambition to make it as professional players. I?d like to wish them the best of luck and I really hope that I come across them again in the not too distant future playing for a leading football club.?

Niall Quinn, Chairman of Sunderland AFC, said ?Sunderland AFC is delighted to once again be hosting eight footballers from the Caribbean to take part in one week?s training at Sunderland?s Academy of Light. The footballers that trained with us last year showed great talent and I understand their football careers have gone from strength to strength over the last twelve months.?

Digicel Head of Sponsorship, Jamie Dean, said: ?Digicel is delighted with the success of the 2nd Digicel Kick Start Clinics in the Caribbean. Over 150 young footballers took part in this year?s Clinics where they learned valuable skills from John Barnes.

?I?d like to take this opportunity to thank John for his dedication and hard work over the last two months. I?d also like to thank President Warner who is a great supporter of Digicel?s efforts in developing football across the Caribbean and Central America. With the conclusion of the Caribbean leg of the Digicel Kick Start Clinics, we are now looking forward to bringing the Clinics to Central America for the first time in August.?