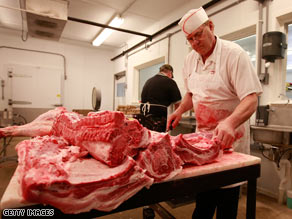 Intense media coverage of the swine flu has driven a pandemic wave of fear across our nation and world. Following the CDC’s recommendations, people with a cough or a cold are staying home from work, some paralyzed by fear that they might die in the impending pandemic being predicted by newspapers and TV news programs around the world. Yet what or who is really behind the swine flu and this pandemic of fear? And why is the CDC recommending Tamiflu for prevention and treatment, when it’s use with avian and other flu’s has been found to be ineffective in numerous studies?

The CDC website states, “CDC recommends the use of oseltamivir or zanamivir for the treatment and/or prevention of infection with these swine influenza viruses.” Oseltamivir is Tamiflu, the same drug recommended for the avian flu only a few years ago. Yet Tamiflu has been shown numerous times to be ineffective against avian flu, which in case you haven’t noticed, never came close to being a pandemic. Excerpts from a Dec. 4, 2005 Times of London article on the experience of a top avian flu expert are revealing:

A Vietnamese doctor who has treated dozens of victims of avian flu claims the drug being stockpiled around the world to combat a pandemic is ‘useless‘ against the virus. Dr Nguyen Tuong Van runs the intensive care unit at the Centre for Tropical Diseases in Hanoi and has treated 41 victims of H5N1. Van followed World Health Organisation (WHO) guidelines and gave her patients Tamiflu, but concluded it had no effect. Roche, the company that makes Tamiflu, has sold stockpiles of the drug to 40 countries and insists there is clear evidence it will protect against a future flu virus. However, it stresses the drug must be given within 48 hours to be effective. The WHO admitted Tamiflu had not been widely successful in humans.

At the height of the avian flu scare, European researchers conducted a review of numerous studies of anti-viral medications, which was then published in the prestigious medical journal Lancet on Jan. 19, 2006. According to this review of 51 randomized controlled trials, Tamiflu was useless against the avian flu and many other flus. As reported in Time magazine and the Wall Street Journal, the study’s authors found no “credible evidence” that Tamiflu works against avian flu. Contrary to the CDC, their recommendation was not to use Tamiflu.

As the media was spreading fear about the avian flu around the world, the CDC came out with the Tamiflu recommendation, yet provided little evidence of its effectiveness. Only later was the recommendation seriously questioned. How could the CDC be so confident in its recommendation without significant research? How can health officials claim Tamiflu is effective with any certainty now, when the current rash of swine flu cases were discovered such a short time ago? 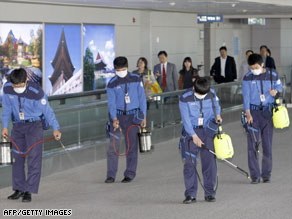 Using the avian flu again as a point of reference and caution, CBS and Associated Press reported on Dec. 12, 2005 that some avian flu victims died after developing resistance to Tamiflu:

In a development health experts are calling alarming, two bird flu patients in Vietnam died after developing resistance to Tamiflu, the key drug that governments are stockpiling in case of a large-scale outbreak. The experts said the deaths were disturbing because the two girls had received early and aggressive treatment with Tamiflu and had gotten the recommended doses.

And then there were the deaths not from the flu or drug resistant strains, but from the side effects of Tamiflu. According to a report in Australia’s respected Sydney Morning Herald on March 1, 2007, there were 18 juvenile fatalities linked to side effects of Tamiflu in 17 months. And though the U.S. media largely failed to report it, Japan banned Tamiflu for teenagers that same month. According the theofficial Tamiflu website, “people with the flu, particularly children and adolescents, may be at an increased risk of self injury and confusion shortly after taking Tamiflu and should be closely monitored for signs of unusual behavior.”

Yet governments spent billions of dollars stockpiling Tamiflu even after all this information was reported. According to a Feb. 2, 2007New York Times report, the U.S. government at the time was creating a $1.4 billion stockpile of Tamiflu, while admitting that “it is useful only when taken within the first 48 hours, and Tamiflu-resistant strains of the flu have already been found in Vietnam and in Egypt.” That’s $1.4 billion tax dollars being spent on a drug of questionable effectiveness. Other countries cumulatively also spent massive amounts on the drug.

According to the pharmaceutical company which owns exclusive distribution rights to the drug, Roche Laboratories, Tamiflu’s shelf life is 48 months, so all the medications stockpiled may eventually be useless. How many hundreds of millions of dollars will go to waste? How much more money will flow into the coffers of the major pharmaceuticals as a result of the current scare? And why are so few questioning the recommendation of Tamiflu to prevent and treat swine flu when conclusive studies have not been carried out?

As a result of all the fear built up around the avian flu a few years ago, stock prices for Roche and Gilead Sciences, the pharmaceutical company which developed Tamiflu, soared when the drug was recommended by the government as the best treatment. And few know that Donald Rumsfeld was chairman of the board of directors of Gilead from 1997 until 2001, when he was appointed U.S. Secretary of Defense.

Gilead stock increased so much that Britain’s respected daily newspaper The Independent reported on March 12, 2006 that Rumsfeld alone “made more than $5m (?2.9m) in capital gains from selling shares in the biotechnology firm that discovered and developed Tamiflu. $5 million is a nice little profit on one drug. The article further points out that Tamiflu is “the drug being bought in massive amounts by Governments to treat a possible human pandemic of [avian flu].”

Here are other key excerpts from that revealing article on Tamiflu:

The drug was developed by a Californian biotech company, Gilead Sciences. Mr Rumsfeld was on the board of Gilead from 1988 to 2001, and was its chairman from 1997. He then left to join the Bush administration, but retained a huge shareholding. The 2005 report showed that, in all, he owned shares worth up to $95.9m, from which he got an income of up to $13m. The firm made a loss in 2003, the year before concern about bird flu started. Then revenues from Tamiflu almost quadrupled [in 2004], to $44.6m, helping put the company well into the black. Sales almost quadrupled again, to $161.6m last year [2005].

The massive stockpiles of Tamiflu built up by governments around the world to combat the impending avian flu pandemic were never needed. The pandemic never came close to happening. As reported by the WHO on April 23, 2009, the total number of confirmed deaths worldwide due to avian flu since 2003 was 257. For comparison, the CDC estimates that influenza alone causes over 36,000 deaths every year in the United States. Yet look at all the profits generated by the massive amount of fear spread through the media for the pandemic that never happened.

In the current swine flu scare, Gilead, Roche, and the politicians invested in them are gifted with another major opportunity to fleece the public as their stocks soar and governments again move to stockpile this drug of questionable effectiveness. How much can we trust government when huge profits are at stake? How much influence do the lobbyists of the huge pharmaceuticals have over our elected representatives? And is there a possibility that the government might even have had a hand in the creation of both theavian flu and swine flu? These are questions that warrant media and public attention as this current wave of fear spreads.

Regarding pharmaceutical lobbyists, a 2007 CBS News article states, “Congressmen are outnumbered two to one by lobbyists for an industry that spends roughly a $100 million a year in campaign contributions and lobbying expenses to protect its profits.”

Dr. Marcia Angell, the former editor in chief of the prestigious New England Journal of Medicine, has stated, “Over the past two decades the pharmaceutical industry has moved very far from its original high purpose of discovering and producing useful new drugs. Now primarily a marketing machine to sell drugs of dubious benefit, this industry uses its wealth and power to co-opt every institution that might stand in its way, including the US Congress, the FDA, academic medical centers, and the medical profession itself.” Dr. Angell has penned a scathing essay on the widespread corruption in medicine which should be required reading for all citizens.

A surprisingly inspiring, well researched article of only two pages on the respected WantToKnow.info website shows how fear is used by certain wealthy, elite groups to manipulate public perception and rake in the profits. Along similar lines, a revealing 2006 article in the Christian Science Monitor questions the pandemic of fear created by government and media in relation to the avian flu:

Americans consider the United States to be a country where debate flourishes. Yet with regard to avian flu, hyped sound bites predominate. When President Bush asked Congress for $7.1 billion toward “pandemic flu preparedness,” even his critics replied “not enough.” What is lacking in the overall discussion about pandemic flu is disagreement, criticism, and skepticism – once the bedrock of science – from researchers willing to question and test the data. There are better ways to promote America’s health than selling sickness through the language of fear.

Even in the middle of the avian flu scare, some experts claimed that the flu was not a threat and was being used as hype. As one newspaper prophetically commented in late 2005, “Dr. Marc Siegel, a practicing internist and associate professor of medicine at the New York University School of Medicine … isn’t buying into the scare scenario. ‘If anything is contagious right now, it’s judgment clouded by fear,’ Siegel said.” Even a New York Times article questioned all the fear hype. And now, is the swine flu much different just a few years later? 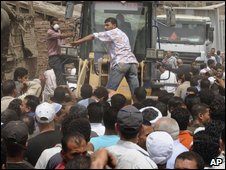 This isn’t the first time the public has been warned about swine flu. The last time was in 1976, right before I entered medical school. I remember it very clearly. It resulted in a massive swine flu vaccine campaign. Within a few months, claims totaling $1.3 billion had been filed by victims who had suffered paralysis from the vaccine. The vaccine was also blamed for 25 deaths. However, several hundred people developed crippling Guillain-Barr? Syndrome after they were injected with the swine flu vaccine. Even healthy 20-year-olds ended up as paraplegics. And the swine flu pandemic itself? It never materialized.

For a list of excellent recommendations on how to protect yourself from the swine flu without dangerous drugs and vaccinations, see the list at the end of Dr. Mercola’s highly informative article, which has already received well over 500,000 views.

What’s Our Role in This?

At the same time as we question the media and government, we have to also ask ourselves, why are we so easily affected by fear and sensationalism in the media? Why is this what sells newspapers and TV news programs? What if instead of feeling an almost morbid fascination with all things sensational and fearful, we choose to look at fear as an opportunity for growth. The fear generated by the current swine flu episode is an opportunity for us to explore our own deeper fears and consider how we might transform them.

What if instead of imagining all of the terrible things that might happen to us, we imagine how in times of crisis we might come together to support each other and transform fear into love and community support? When we choose to shift fear within ourselves, a ripple effect is created which, when joined with the ripples of many others doing the same, create a wave of transformation which can pave the way for a brighter future for us all.