Special Announcement from author Kaira Denee – A new blog and a new book!

Kaira Denee wants to take this opportunity to thank everyone for their support.Today she has 2 Special Announcements!She’s also started a blog. Please check it out at this link!

Also her new novel “My Husband’s Fiancee” is now available for pre-order.
Click here to reserve your copy. 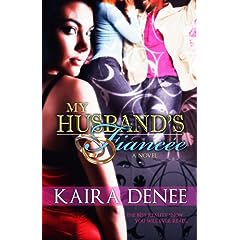 Kimberly Rose is a career-driven reality television producer whose career has recently taken a slump. But when she witnesses a mistress confronting her lover and his wife in a crowded shopping mall, she immediately realizes she has the next reality show hit on her hands.

Her show, My Husband’s Fiancee, is born. Kimberly’s personal life isn’t as successful as her career. Her past is filled with damaging secrets that still haunt her dreams.When her father’s health begins to decline, Kimberly’s mother can’t understand why she’s unaffected by the tragedy. Her mother doesn’t know it but Kimberly and her father also share a wicked secret.

Luckily, Kimberly’s love life is just as she wants it; lust-filled rendezvous with her famous, wealthy “boy toy.” When he starts pressuring her for a deeper commitment, she’s faced with telling him about her past or hiding it from him and hoping she’s never exposed.

“My Husband’s Fiancee” is the best reality show you will ever read from Kaira Denee! Tune in to see whether the husband chooses to stay with his wife or marry his mistress and whether Kimberly resolves her past demons and lets love into her life.