Monster or Monstrous? Do you need to lash to be nasty? If you deny it does that change your reputation? Only Ruth Padel and Chris Brown know for sure!

On the Free Dictionary, monster is sited as originating from an old Indo-European word meaning to warn. Chris Brown has just released a video where he says he’s not a monster, so why did it take so long for him to speak out? He sought a pastor’s counselling, right? His monsters have been exorcised, n’est-ce pas? Or perhaps by his waiting just before the jury trial – where Rihanna has been subpoenaed to testify about that evil night where she missed the Grammys – he has unwittingly served TO WARN the world of his true nature?

Check the video again – What’s the thing where Brown keeps picking at his elbow? Is he recalling when Rihanna took the cell-phone and used it to defend herself? Or is he remembering when he bit her near the elbow?

For me there’s a great similarity in crimes when Ruth Padel sought to become Oxford’s poetry professor over Derek Walcott, she chose to resign “in sympathy” after it was revealed two ‘journalists‘ began a slur campaign via the Internet to make the eminent St Lucian step down. Which is worse, blows and denial on one side of the Atlantic or so-called denied rumours and whispers on the other side of “The Pond“?

I knew of a potential tussle for the Oxford post, but I refused to run it at the time (The poison-pen note came four days after I broke the news of Walcott’s candidacy) as I suspected the remark was falling short somehow and more likely a means to an end;-

This potential Oxford appointment is highly unfair to Derek Walcott. He is a genius, probably the best living poet in the world, but after all the problems he has has with young and vulnerable female students alleging that he offered grades etc for sex… 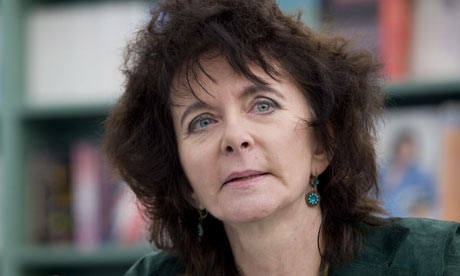 …for the sake of his astonishing reputation {Walcott should} be protected by keeping him away from such students with their ridiculous allegations. Surely we can offer him a post away from female students where he can just write his amazing poetry?

The ultimate back-handed compliment. I mean, how sweet, a call for protection wrapped around a massive insult! I do not know if to be glad or sorry I missed the clue of what was ahead for earning the post. Even if I took heed, where could I go TO WARN of this danger?

In my view, both Padel (despite her refuting to the contrary) and Brown are different sides of the same tarnished coin… Words can be as effective as blows and being trained in martial arts and actually taking the knowledge and set about cuffing and biting a woman in her face because she is pretty? Well, both deserve being locked up with Mike Tyson or Charlie Manson.