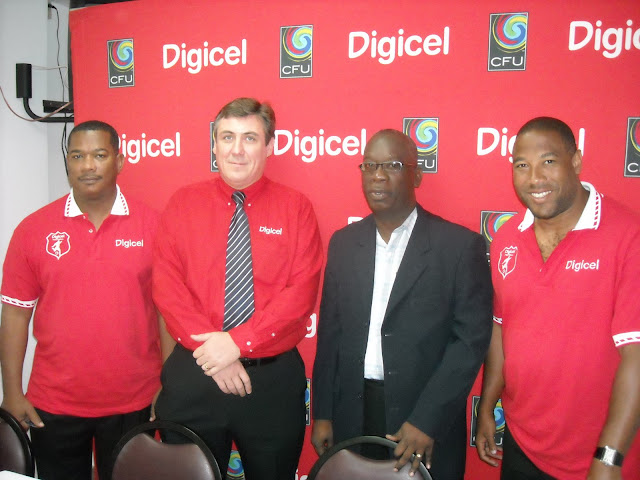 A huge hit across the region last year, the Digicel Kick Start Clinics give young footballers the chance to be trained by John Barnes, one of the world?s most famous players, a former England and Liverpool star and current coach of Jamaica?s national team, the Reggae Boyz – as well as the chance to realise their dreams and hope to impress English Premier League coaches and become professional footballers.

This year?s Digicel Kick Start Clinics will be even Bigger and Better with the addition of Central America to the programme. The eight best Under 16 players from across the Caribbean region will be given the chance to train for a week with Sunderland AFC in September? while the four best Central American Under 16 talents will train with Liverpool FC in October for a week. 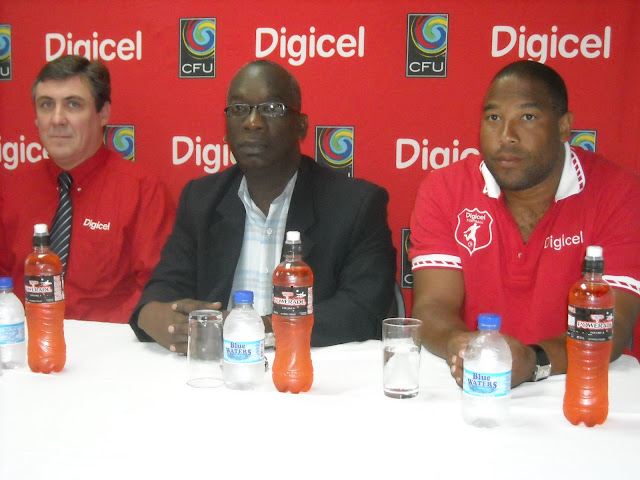 The Digicel Kick Start Clinics will take place throughout May and June in six countries across the Caribbean ? Jamaica, Barbados, Suriname, Haiti, Trinidad and St. Kitts – before moving on, for the first time, to Central America where Digicel youth clinics will take place in Panama, Costa Rica, Honduras and El Salvador throughout August.Speaking at the press conference in Hastings, Barbados, the Digicel Kick Start Clinics Head Coach, John Barnes – here’s what he had to say;-The Digicel Kick Start Clinics last year were an inspiring experience. In each and every one of the eight countries visited, talented, enthusiastic and dedicated young players were identified. This time in Barbados, the eight U-16’s selected by Coach Barnes will play against St Leonard’s Secondary Boys’ U-16 players at the National Stadium.Digicel Barbados CEO, Barry O?Brien, along with Barbados Football Association, President Ronald Jones (who is also Barbados? Minister of Education) made their show of support as well;-Full details of the Digicel Kick Start Clinics will be announced locally over the coming weeks and will include details on how local clubs and school teams can have the opportunity to be part of these once in a lifetime football development clinics. 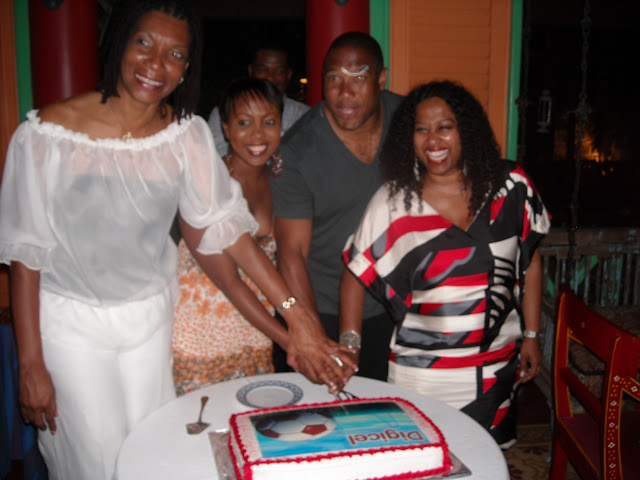 Later in the evening, a celebratory buffet-style dinner was held at the charming Tamnak Thai restaurant in Worthing where many popular Barbadian sports icons rubbed elbows… There were stalwarts such as Ralph “Bruggadung” Johnson (He’s of Bajan yachting fame, and co-founder of Harris Paints & Lucky Horseshoe) as well as cricket legend the Right Excellent Sir Garry Sobers along with football expert Frank Gill. 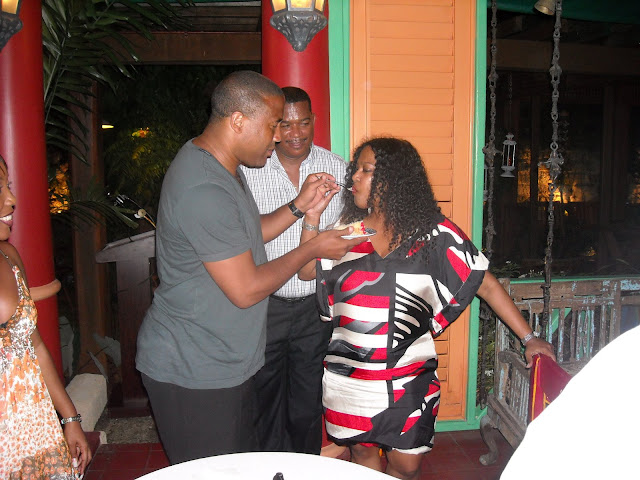 As the night wound to a close, there was a special cake which was cut by Coach Barnes with Digicel marketing executives Tamita Griffith and Marquita Sugrim as Alex Tasker looked on at the festive occasion.