?The album is called The Bridge,? enthuses Fiona. ?It crosses the barriers between ethnicities, genres, age groups, and genders. It can?t be defined as just one thing. It?s got a soul that?s something old, yet something new.? 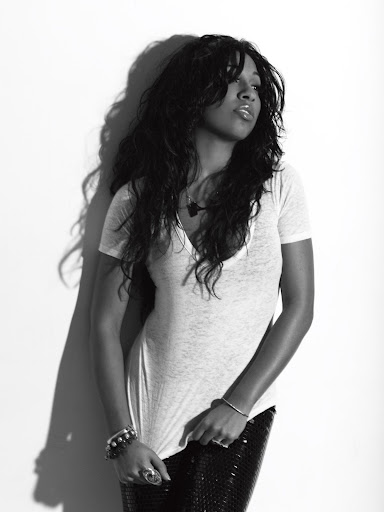 Flirting with the traditions of classic soul from artists like Sam Cooke, Nat King Cole and Gladys Knight, the songs also pack the punch, and authenticity of modern music. United by a singular passion, Melanie Fiona?s sound bridges past and present with an artistic and consistent blending of classic soul samples. It?s all held together by a unique quality, something that is innately her, much like the other artists she mentions as influences: Bob Marley, Sade, and Patsy Cline.

Born to Guyanese immigrant parents and growing up in a music-filled house in the inner city of Toronto, Fiona knew from the very beginning that music is what moves her. ?My mother, who shares my love for music, played everything from The Ronettes to Whitney Houston around the house as I grew up. My father would let me sit on the stage while he rehearsed with his band as a guitarist.?

Though Fiona had been writing her own songs for years, the introduction of songwriter Andrea Martin would prove seminal for The Bridge. ?When I met Andrea, it was an instant connection,? she explains. ?We developed this very personal working relationship where we were both inspired by each other.? Sharing each other?s life experiences, they collaborated on some of the defining songs in the collection.

Melanie Fiona Give It To Me Right with Human Orchestra

?This experience will never happen for me again,? she muses. ?I?ll never be a new artist again. I?ll never be a complete and utter student of the game.? Whatever may come when The Bridge releases on Steve Rifkind’s SRC/Universal Motown Records in Spring 2009, Fiona is poised and ready. ?I still live humbly out of a suitcase, and I appreciate the smallest things in life, and I want people to feel that. I have an opportunity to be on a stage, but I want my listeners to know that I?m just like them.?