The President of the Barbados Football Association (BFA), Ronald Jones, has expressed his pleasure at the outcome of the Digicel Kick Start Clinics, which drew to a close on Monday, May 11th, at the National Stadium in Barbados. 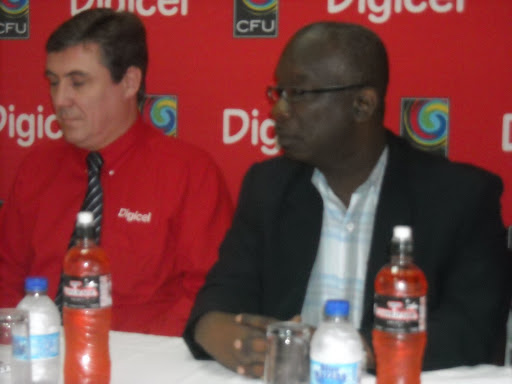 Jones, who is also Barbados? Minister of Education, said that the BFA was delighted with the results of the two-day training session with former England and Liverpool star – and current Head Coach of Jamaica?s Reggae Boyz – John Barnes.?This is the second time in two years that young Bajan footballers have benefited from this Clinic and the excitement which it generated is testimony to the hard work of the Caribbean Football Union, Digicel, John Barnes and the BFA. The Digicel Kick Start Clinics offered young footballers valuable exposure to a professional coach which gave them a new feeling and vision for the game.?Jones, who has been the chief administrator for the sport in Barbados for a number of years now, explained that the 40 participants in the Digicel Kick Start Clinics gained valuable experience which will serve them well as the country prepares for the upcoming Caribbean Football Union (CFU) under-16 tournament this August in Trinidad & Tobago. 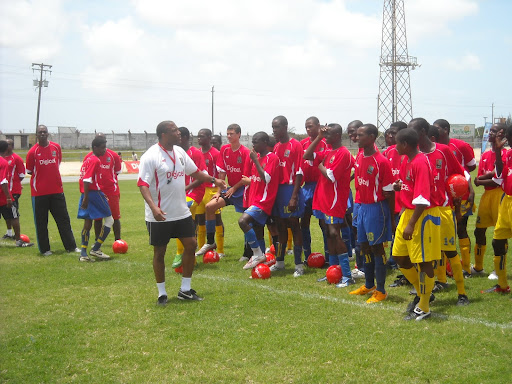 ?The coaches who assisted Mr. Barnes at the Clinic will carry on from where John left off. Some of these players are now looking forward to the opportunity of making it to England for the one week training stint with Sunderland AFC in September.?Jones also noted that there is an abundance of talent across the Caribbean where players are skilled and have the right temperament and attitude for the game.?Thumbs up to all who worked hard to make the Digicel Kick Start Clinics a huge success for the players – this experience will surely help their confidence going forward.?