Two adults and one child were tested for the H1N1 virus here in Barbados and the results were negative – this was one of the main findings from a recent seminar at the Sandiford Centre at Two Mile Hill recently which saw Public and Private sector entities learning about Swine Flu and asking questions of Ministry of Health (MOH) officials on what is also known as Influenza-A. 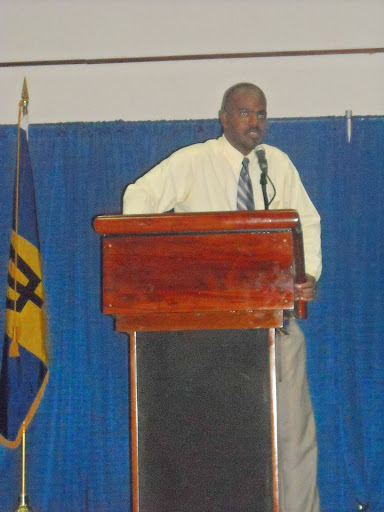 The revelations and presentation on preparations against the disease can be found on a recently devised blog, they also suggested a number of related websites to verify the MOH’s discoveries, one of them being the USA’s Center for Disease Control. Dr’s Arthur Phillips and Elliott Douglin were the main lecturers that night.

Another aspect to note is if you are a Pudding & Souse aficionado then you do not have to fear engaging in a fast from the other white meat, it continues to be safe to eat pork and pork products! Ham, bangers and the Caribbean variations being digested will not lead to the contraction of the dreaded bug.

However Tamiflu – an innoculation against influenza advised to be used only at point close to death – has more side effects than the cure, it may be better to ride H1N1 through rather than brave a vaccination which seems more dangerous than the virus itself. 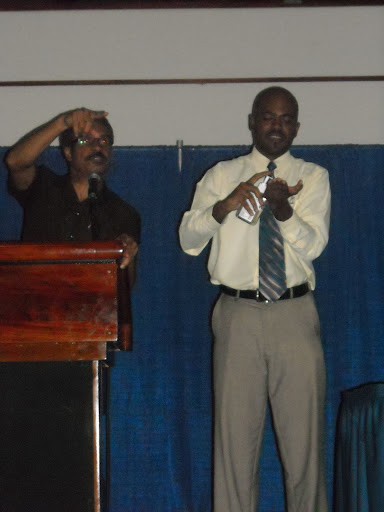 Covering sneezes and coughs are almost mandatory in their view, plus, like when Canada and Hong Kong fought SARS not so long ago – constantly washing hands is advised especially using a 70% alcohol sanitiser. Dr Douglin explained to the crowd of close to 500 what Dr Phillips was doing to clean his hands – it’s not just rubbing palms together, you have to get your fingers inside the dorsals (which is the webs between your fingers) and also massage your thumbs… If it is an alcohol based cleanser, DO NOT USE A TOWEL! You defeat the purpose of the exercise, let it dry naturally and thus kill the germs. 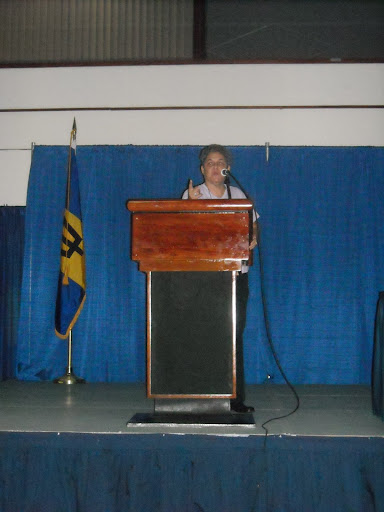 The MOH’s Dr Elizabeth Ferdinand disclosed using masks are a joke, you’d have to change them every four hours and they need to have a filter – once you can breathe through the sides, then there is no point having such a device. An N95 mask is correct but more costly – it’s better if an infected patient wore the mask rather than the healthy folk treating flu victims. 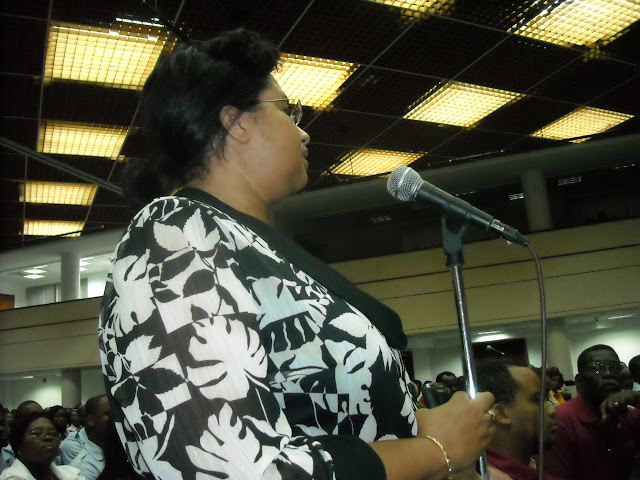 Chief Medical Officer Joy St John’s main concern is that Bajans are tending to panic, with Belize not so far and they in turn are neighbours to Mexico, it may appear to many Barbadians their fears are justified. However, the CMO reiterated that Influenza-A is most usually spread via droplets (cough) as opposed to aerosol (sneeze), but to cover mouth and nose when doing “ah-choo” or “hack-hack“!

One area of contamination most participants did not consider would be shopping carts as there’s a rush for supplies so as to impose a self-quarantine for safety. However, cart handles should be wiped with diluted alcohol or bleach solutions before trundling through the supermarket. Your shopping list remains pretty much the same as if readying for a hurricane… Other potential infection sites include keyboards, landlines, mobiles and doorknobs. 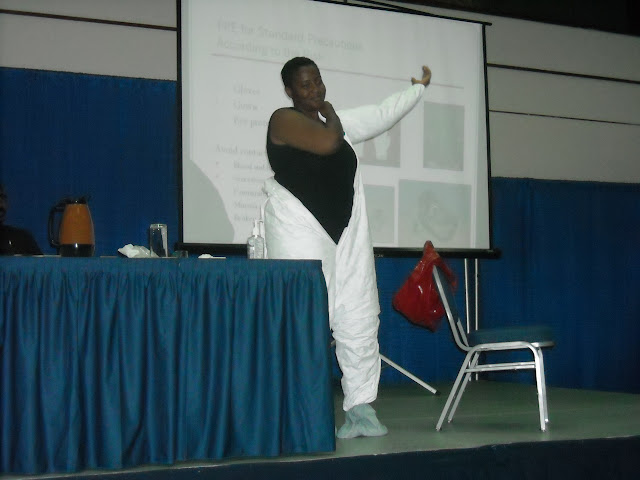 The use of a Personal Protective Environment or PPE-suit as protection against Swine Flu patients is cumbersome, time-consuming, expensive and awkward – it should only be adopted if no other choice is available. 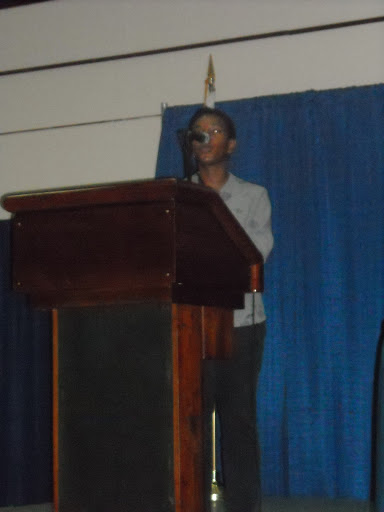 Dr Leslie Rollock instructed an MOH staffer to don a PPE for the benefit of the audience to show exactly what is involved and they were a little stunned. Driving a car is a bit simpler… 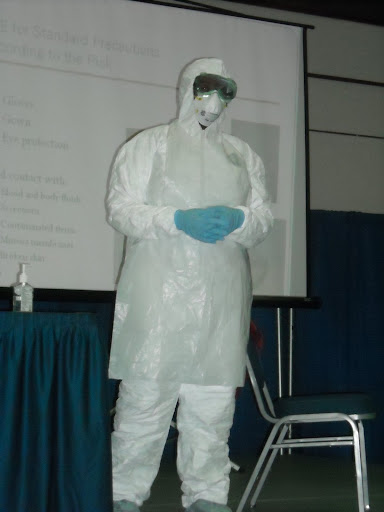 The MOH personnel reassured the crowd that if an outbreak should arise, then various Governmental and NGO departments would join forces guiding Barbados through the crisis, just remember to visit here, here and here for more details.