BAJAN SINGER RUPEE IS READY TO RIP NYC THIS WEEKEND

Soca star Rupee is ready for his highly-anticipated return to New York City this Memorial weekend. Currently performing in the U.S. with recent shows in Texas and Florida, the Bajan export now heads to Mangoville in Queens, New York on Saturday, May 23, 2009. Presented by Anil B and Boogie Down Entertainment, the show is themed “Soca Freedom 2k9” and will see Rupee backed by the Request Band at the live music venue in Queens. “This will be an unforgettable Memorial Saturday for the fans of our soca music and our West Indian culture,” states promoter Anil B. Rupee is also on board to make it a memorable show for his New York fans. “New York is easily one of my strongest markets and was essentially the fanbase that propelled my entrance into the mainstream through ‘Tempted To Touch,’ ” he reveals. 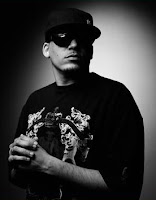 “I could easily say without hesitation that I wouldn’t be where I am today without the love New York has shown me all these years, especially Queens.” Rupee propelled to international stardom with his movie-song hit, “Tempted To Touch.” He’s gone gold in most of Europe and Japan, and his music has been featured in the major feature film, After the Sunset, and on the smash television show,Desperate Housewives. Rupee also shared the official Cricket World Cup song with Shaggy and Fay-Ann Lyons in 2007, and performed it at the opening ceremonies in Jamaica as millions tuned in around the world. The acclaimed entertainer will be bringing all his hits and moves to the stage at Mangoville this Saturday, where everyone will received FREE rags and flags to celebrate the holiday extravaganza. The venue is located at 187-30 Jamaica Avenue in Queens, New York. Doors open at 9pm and it’s 18 to party, 21 to drink. For tickets and further information, e-mail Anil B or call him at 1-917-826-1926