When Hott is cooled – in the end there can only be The One: Verseewild Takes Over Reigns As The New Guinness Barbados Ambassador

Barbados has a new Guinness Ambassador. Verseewild; the highly popular local deejay has taken on the task of representing the most widely consumed stout on the island. Brand manager Z.M. Evelyn has once again wisely placed his hands on the pulse of the nation and selected a spokesman that will maintain if not widen their market share.

The young deejay has risen in popularity at an astonishing pace. His initial stint on 98.1 FM was so widely accepted that his radio show was extended and now airs weekly Wednesday to Saturday. 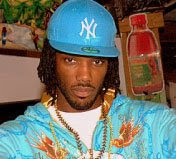 The increase in his listenership led to an influx of corporate interest and subsequently a Magnum Tonic Wine endorsement.

Naturally ambitious, he was driven to venture into new arenas. In 2008 he released his first ragga-soca song ?Ahzam? for Barbados? annual Crop Over season. The song dominated local airwaves during the season and has since spread throughout the Caribbean and internationally, receiving airplay as far as Japan.

Currently, he is the promoter of the highly successful weekly event ?Bursting with Girls? at the Reggae Lounge, St. Lawrence Gap, Christ Church and the most recent addition to the Pyramid Entertainment?s roster, joining some of the finest artistes and deejays in the Barbados music industry.