Over 800 people attended the annual Ziadie Cup at the new Central Broward Regional Park, in Lauderhill, Florida. They were treated to music, food, a penalty kick-off and 3 exciting soccer matches.

The first match between the Ca

labar Alumni and Cornwall College Alumni ended in an exciting 3-3 draw.The soccer skills of the Jamaican Alumnae ladies were on display in the in the All Girls Schools Alumni Penalty Kick-off sponsored by Grace Kennedy Remittance Services/ Western Union. The Queen?s High School Alumni Association Florida Chapter emerged as the winner in the final round defeating the St. Hugh?s Alumnae Association of South Florida. 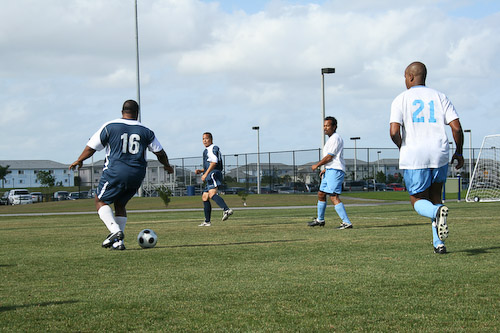 The annual match is in memory of Dennis Ziadie, who coached both schools to Manning Cup victories. This year will mark the 23rd year of the death of Dennis Ziadie in a car crash in Mexico at the 1986 World Cup.