Travellers from Nevis to St. Maarten on board the Winward Islands Airways International N.V. (WINAIR) got more good news recently when it was announced airfares were reduced. Tourism Advisor to the Nevis Island Administration (NIA) Mr. Alistair Yearwood made the disclosure in an interview with the Department of Information. He said the Administration had successfully negotiated with the Airline?s management to bring the fare into the realms of affordability The announcement came about one week after a previous statement by Premier of Nevis and Minister of Tourism Hon. Joseph Parry of successful negotiations which averted the Airline?s plan to shave Nevis from its daily travel itinerary. 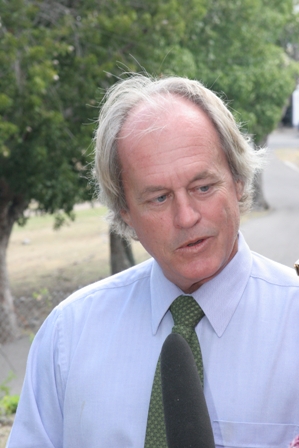 ?Since last week the return fare is equivalent online to EC$550.95 when it is calculated. The US fare excluding taxes is $68. It has dropped from $110 to $68 excluding taxes. So? you are looking at a reduction of approximately $250. ?The plane has 19 seats and so the first 10 seats sold will be at that fare. The next 5 seats sold will be at US$80 and the last four at the original price of $110.It is a special that?s being run and its going to run infinitum but it?s basically the NIA working with WINAIR to try and maintain and develop the route and make it into a profitable and well travelled route,? he said. The $550.95 included taxes for both St. Maarten and Nevis though the Departure Tax would have to be paid in Nevis. Mr. Yearwood who was part of the Negotiating team described the move as very encouraging and one which would entice the Nevisian public to begin using that route again. He also urged the Nevisian travelling public to utilise the service out of Nevis because it was cheaper than the flights that were available to St. Maarten out of St. Kitts. The Tourism Advisor explained that the NIA had held critical negotiations with WINAIR to facilitate the Nevisian travelling public whether they lived on the island or abroad. ?For instance, with Nevisians living in the New York area, you now have low cost airlines like Jet Blue flying into St. Maarten and this now makes it a cheaper alternative in getting to Nevis. We want Nevisians to come home for Culturama and this now makes it a more economic option than going through Puerto Rico. ?The NIA has done its part; WINAIR is still flying; the cost of flying to St. Maarten has been reduced on your behalf now it?s up to the travelling public to use the route and maintain it,? he explained. However, Mr. Yearwood told the travelling public that it was cheaper to purchase their tickets on the Internet. Though it would be slightly higher to purchase the tickets through the travel agents because they had to go through the Saba system which charged a fee and also they had to make a couple dollars, it was not excruciatingly more expensive to make travel plans through the Agents.