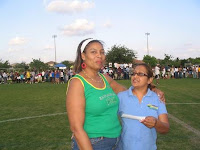 ?Montego Bay High Alumnae was the only high school from Western Jamaica in the ‘All Girls Penalty Kick-Off Competition?, stated Karen Morris the Montego Bay High Alumnae Florida Chapter President. ?We were excited at the invitation to participate in last year and as such went into the event with vigor, confidence and the determination that we would win. Proudly, we are the reigning champion and expect to defend our title again this year. 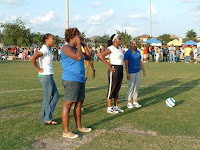 The 5th Annual soccer match between the Jamaica College Old Boys Association of Florida and the St. George’s College Old Boys Association of Florida for the Dennis Ziadie Trophy will take place on Saturday April 18th, 2009 at the Central Broward Regional Park, in Lauderhill, Florida. Last year?s match drew over 800 spectators and supporters of both schools. The festivities will begin at 1.00 pm.

The annual match is in memory of Dennis Ziadie, who coached both schools to Manning Cup victories. This year will mark the 23rd year of the death of Dennis Ziadie in a car crash in Mexico at the 1986 World Cup.

This year?s soccer match is a part of the Jamaica College Old Boys Association “True Blue” weekend festivities which includes a True Blue party on April 17th, 2009 and a True Blue church service on April 19th, 2009.