JOVI ROCKWELL – BACK AND READY TO ROCK JAMAICA & BEYOND

Jamaican star Jovi Rockwell is back and ready to rock the masses. Scoring her first major record deal last March with Epic Records, Rockwell has won a coveted prize that most Caribbean artists aspire to but few attain. “Having a major label behind my career gives me a sense of confidence and achievement as an artist,” Rockwell reveals. “It gives me the opportunity to publicize my career on a universal level, and get my music out there (smile). It’s a proud feeling and one that I am grasping with both hands!“ Also signed to Uprize Music, Rockwell is now focused on recording and releasing the right tracks to capture the essence of her eclectic flavor. “I sum my style up in three words – Rebel, Love, Goddess. These three words define the idea behind my music – a fusion of elements drawn from reggae, pop and rock.”

Her unique sound and exotic looks have attracted some of music’s biggest names to her project with Epic, including Ne-Yo. “It was a really cool and enlightening experience for me to work with Ne-Yo. He is such a tremendous talent and one of the most down-to-earth people I know.” 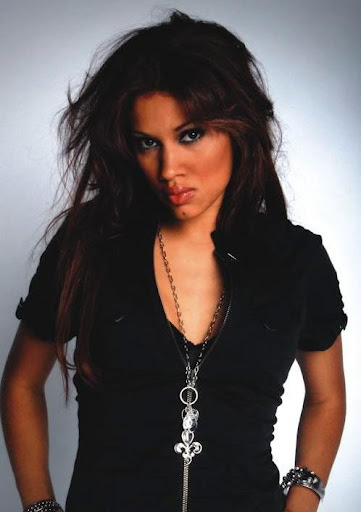 Rockwell’s new single, “Tonight,” was recently leaked and ended up on airwaves across Jamaica, where it continues to receive regular airplay. The song also found its way into the hands of some of music’s biggest connoisseurs, from both mainstream and in the Caribbean. “Don’t sleep, Jovi’s got the skills to make a run for Rihanna’s spot in a heartbeat,” writes Rob Kenner for Boomshots! While FADER’s Eddie Houghton pens, “…Kingston native and F51 star Jovi Rockwell fills our hooky-dancehall yearning with super sweet Caribbean tracks…” Rockwell was also recently featured in the Jamaica Observer and on EURweb in the U.K., where Kevin Jackson speaks of her joining the ranks of Celine Dion and Michael Jackson on the Epic roster. With fresh sounds and a stage presence to rock your world, Jovi Rockwell is bound to make many more headlines. As for her first major album, Rockwell promises, “My fans can expect to be entertained with diverse styles of feel-good, and sometimes, inspirational songs. I love each and everyone of them and I’m super excited about the new material!“