“Flyin’ Away” is the title of Zedstar’s new song that is spreading worldwide via the Internet.

The music video was shot with Nicola Fiore, a beautiful sexy actress well-known to the fans of Horror Films in United States.

The single was officially launched yesterday on Zedstar’s website.

The performer has changed his music style with this new song. In doing so, he has abandoned his hip-hop style temporarily. He decided to dedicate himself to a more commercial kind of music by launching ‘Flyin Away.’ 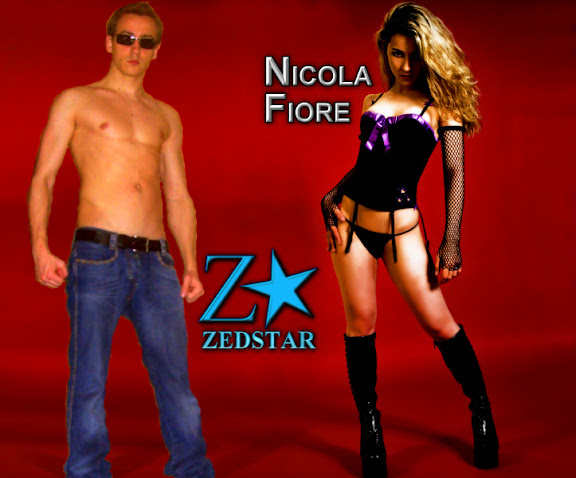 The new song represents an important step forward for the new blond pop-star, who commented, “I love music in all its forms. When I’m at home, I listen to everything: rock souls like Pink and Avril Lavigne, great voices like Anastacia and Lara Fabian, the best musicians like Santana and Steve Vai, the best bands like Aerosmith and Dream Theater. I love them all and every time I listen to them, I try to learn something. I hope to work together with any of these artists or bands in the future, like I’ve just done with the wonderful Rihanna.”

Flyin’ Away follows a real pop style. It has a simple catchy refrain that will stay with you for hours after you hear it. This result is obtained thanks to the collaboration of some great arrangers who have worked for other famous music stars in the past. However, the music and lyrics are totally written by Zedstar.

The music video seems to be very impressive: Zedstar looks in a “calm-style“, in honor of his first love song, while the girl shows her best in some provocative scenes. The video was shot entirely outdoors, among a bright and enchanting Italian mountain landscape and Florida’s streets.