A historic bill that calls for Caribbean nationals to have their own origins category on the U.S. Census form was on April 23rd introduced by Caribbean American Congresswoman, Yvette D. Clarke of New York’s 11th congressional district in the U.S. House of Representatives.

The Clarke bill calls for all questionnaires “used in the taking of any decennial census of the U.S. population, to include a checkbox or other similar option so that respondents may indicate Caribbean extraction or descent.”

The movement’s goals are specific: to get Caribbean nationals accurately counted and their own origins Census category on all census forms.

“In conducting the 2010 decennial census and every decennial census thereafter, the Secretary of Commerce shall include, in any questionnaire distributed or otherwise used for the purpose of determining the total population by states, a checkbox or other similar option by which respondents may indicate Caribbean extraction or descent,” states the bill.

Congresswoman Clarke said, as a daughter of Caribbean immigrants herself, she is especially “proud of the measure” and sees “it as a great accomplishment.”

“We introduced a bill which would draw attention to the 2010 census to help get the message out and help ensure the hard to count population are reached,” the congresswoman explained. “It would push to provide an origins check box to allow Caribbeans and those with ancestry to check that category. We examined the form and found this to be lacking. Being specific on the Census form will allow the federal government to be able to allocate resource to communities of Caribbean nationals and their descendants.” 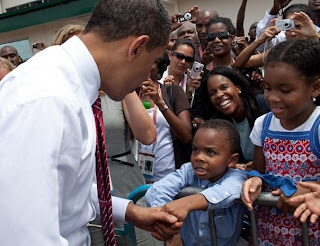 The congresswoman, who last weekend was part of a group of Congressional members invited to accompany President Barack Obama on his first trip to the Caribbean and Mexico since he took the Oath of Office Congress to Trinidad and Tobago for the 5th Summit of the Americas from April 17 – 18, 2009, credited Chuck Mohan and Irwine Clare for really making the case for such a measure given the vast growth of the Caribbean Diaspora in the U.S. 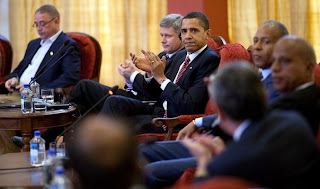 Clarke is the daughter of successful Jamaican immigrants. Her mother, Una Clarke, was the first Caribbean national elected to the New York City Council.

Ann Walters, director of CaribID, Washington, D.C., added that “having this bill introduced by Congresswoman Clarke is putting us in the right direction for changes in the census form.”

Chuck Mohan, board member of CaribID, also thanked and applauded Congresswoman Clarke. “It is the first step in a long battle to get ‘Caribbean‘ as a specific origins box on the Census form,” said Mohan. “Now we need to educate Caribbean nationals on the importance of why they must fill out the 2010 form and most of all lobby to make this bill law.”

CaribID officials now urge all Caribbean based media, entertainers, church leaders and community based and national organizations in the United States to contact their members of Congress and ask them to support H.R.1504. To contact your Representative visit www.house.gov. To contact your Senator visit www.senate.gov.

Congresswoman Clarke said the hard work starts now to get support from other congressional members and to build a the collation on the Hill to boost support and make the proposal a reality.

In explaining the process, the congresswoman also said a senator is now needed to introduce a similar legislation in the Senate.

The bill will soon be given a number and then be passed to the Sub-committee for Information Policy, Census and National Archives, headed by Congressman Lacy Clay.

It will then be passed to the full reform committee and then on to the House for a full vote.

The Census, taken every 10 years since 1790, determines how more than $300 billion in federal funding are allocated to states and communities to pay for highway construction, education, Medicaid, hospitals, child-care and senior citizen centers, housing and more. Census data are also used to determine the number of congressional seats each of the 50 states will have and is used by corporations to determine advertising buys and sponsorships and by non-profit groups to determine funding possibilities. For more on CARIBiD and getting involved in the movement to get Caribbean nationals counted, log on to www.caribid2010.com. NB: All photos courtesy Andrew Gordon via Facebook