?They began to lure me to the Sanctuary back in 2003 saying that it would be quiet and peaceful,? laughed Harry Roberts.Roberts recalled how the last five years as General Manager of the Graeme Hall Nature Sanctuary was one of the most interesting and challenging of his career. 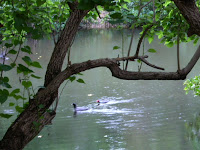 Construction of the Sanctuary was completed in early 2004, and the mandate to Roberts was to put together a 100% Barbadian management team to do an almost impossible job: maintain one of the most biodiverse areas in Barbados, operate a series of nonprofit and often philanthropic wildlife and education programmes, and make it all operationally sustainable.

It was a challenge unlike any other business. Conventional economic strategies to increase customer traffic and mass events could easily put the RAMSAR wetland at risk. The RAMSAR site, partially owned by the Sanctuary, is recognized under the 1971 RAMSAR Convention on Wetlands Treaty as an internationally significant area of biodiversity. 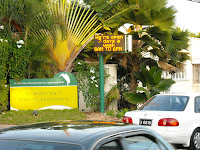 Under the leadership of Roberts the Graeme Hall Nature Sanctuary provided conservation, research, education and philanthropic services to locals and visitors 364 days a year.

And in the last five years the Sanctuary became one of the most popular wedding and special group events site in Barbados. It was the key to earning enough money to support environmental management of the Graeme Hall wetland.

Roberts improved operational sustainability an average of 27% each year, year after year. But due to external environmental and legal issues that threaten the core US $35 million investment, the Sanctuary was closed in December of last year. 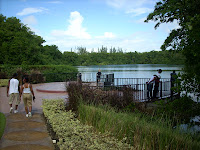 ?We weren’t sure exactly how, or if Harry was going to pull it off,? said Stuart Heaslet, representative of the Sanctuary. ?Environmental attractions do not survive if a careful balance is not struck with the core needs of the ecosystem. Harry’s challenge was extreme. We asked him to give money and resources for philanthropic projects for the environment and the community, and we also asked him to make the operation pay for itself at the same time. It was difficult mission.?

?But he did it. Harry is a patient man.?

?We are saddened how events have made it impossible for him to continue, and miss him already. We know he is moving on to the BHL Group, and wish him the best. BHL is lucky to have him.?