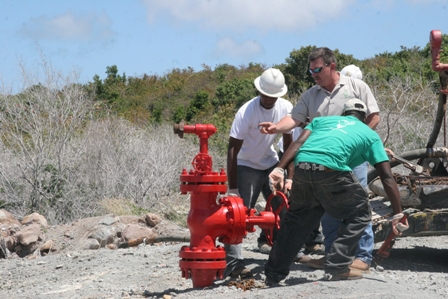 Mr. Bobby Tinsley, Chief Operations Officer ? Drilling of West Indies Power (Nevis) Ltd. (WIP) said the company was doing all it could to help provide jobs for the people of Nevis.He told members of the Media during a field visit to Nevis 3 at Hamilton that the Company anticipated bringing in about 60 experience personnel, who would need housing and other services.

?We anticipate hiring 80 locals to construct the plant and some local contractors will have the benefit of being able to provide services ? concrete, water piping, dirt work and anything else that we might need?we are trying everything we can to help put people to work on Nevis,? he said. 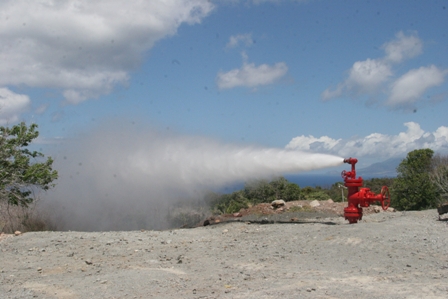 Meantime, Minister responsible for Natural Resources on Nevis Hon. Carlisle Powell who was also on the field visit said he was pleased with the movement of the project but used the opportunity to remind Nevisians that the geothermal resource would be managed locally.He said the sitting Nevis Island Administration after negotiations had earlier retained management of the geothermal resource by Nevis and in 2007 had given WIP (Nevis) Ltd. permission to explore for geothermal energy.

Drilling operations commenced late January 2008 and the first testing hole was done at Spring Hill dubbed Nevis 1, the second at Upper Jessups [Nevis 2] and the third was at Hamilton [Nevis 3].

Later in the project, the testing holes will be plugged and abandoned and new holes much bigger in diameter, will be drilled to allow the production of more energy per well. 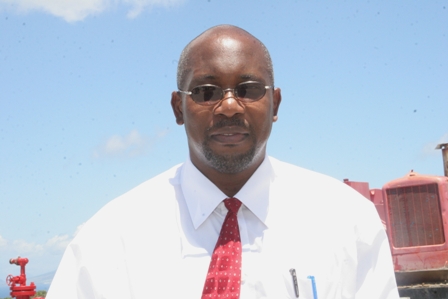 The Nevis Geothermal Power Plant Project will see the construction of a plant at Spring Hill which would produce 10 megawatts of electrical power.

The Project will sell all of its electrical power to the Nevis Electricity Company Ltd., who will distribute it throughout the island. The plant is slated to be in operation by mid 2010.

According to WIP’s Chief Executive Officer Mr. Kerry McDonald, when the Geothermal Power Plant commences operations, it will provide clean, low cost and reliable renewable energy and will place Nevis in the annals of history. The island will become the first 100 percent green island in the world.