Barbadian artists have been told to make their art more portable and affordable to draw more foreign exchange from transient visitors – this suggestion came from Cleveston Haynes, Deputy Governor of the Central Bank the other night at the launch of a dual exhibition of the works of Jerome Radigois and Arthur “Art” Edwards at the Barbados Hilton the other night. 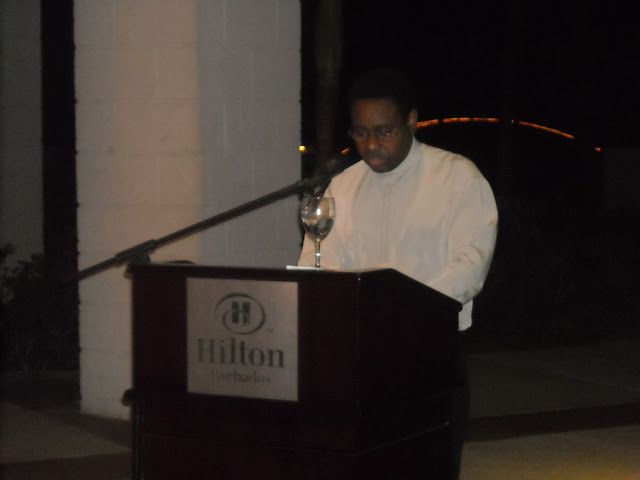 This show has a very brief stint – running until Thursday 30th April, the point made by the Deputy Governor was his most succinct and salient point made in an extremely lengthy and otherwise highly technical speech in terms of financial matters. While it is always good to draw new potential investors, it is better to do so in two ways, one? Keep the language relevant to your audience, next? Never forget the proverbial old saw on brevity and wit’s soul… 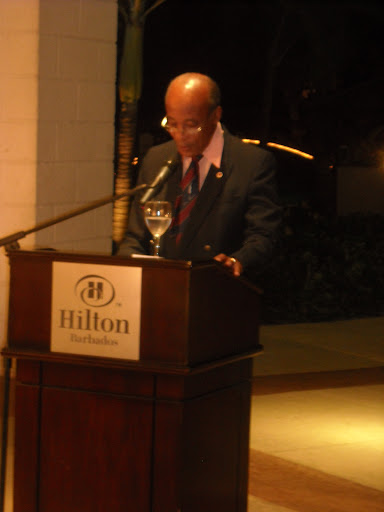 Also providing speech but of lesser time taken, was Vere Browne of the BIDC, who referred to his own childhood where he wanted to see sculptures reflecting his Caribbean nature and not just the usual tableaus of ancient British pastimes. He indicated this was partially why he supported Art Edwards’ endeavour to create an “Install & Emulate” project using his busts at various schools, so Bajan children would understand that these local heroes also drove teachers crazy or were humbugged by the principal for various reasons, correct or otherwise. 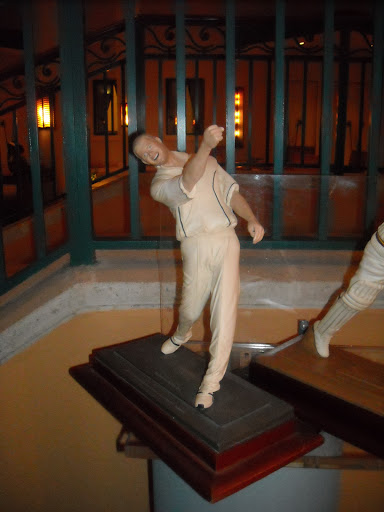 Most of Art’s work is either life-sized busts or figures at maybe one-sixth scale, while fascinating, nevertheless what if he made the scale at the size of a fist? A tourist may buy a Freddie Flintoff figurine imagining it’s bowling at a same-scale replica of Sir Garry and thus a fantasy cricket market is captured. Especially if the pricing does not stray far from about 50 or 75 U$ bucks each. 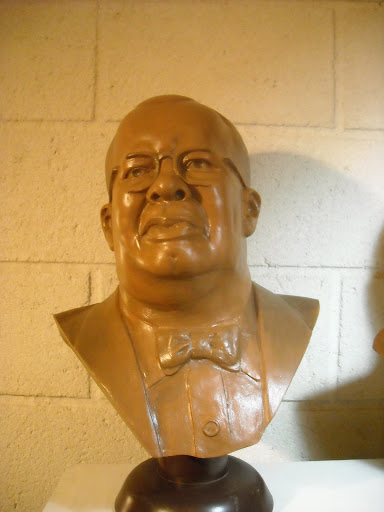 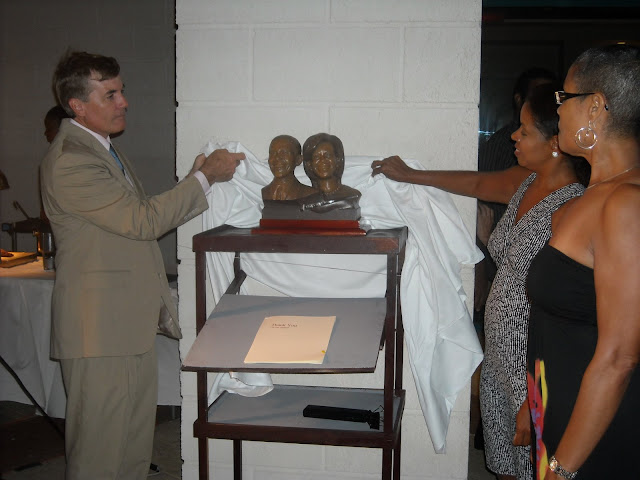 The dual bust of the White House’s current occupants is more along the better scale of which to operate, as you can see from the photo, Charge D’Affaires Dr Brent Hardt is hefting the medium-sized sculpture with relative ease rather than say trying to lob the bust of say, Luther Thorne! 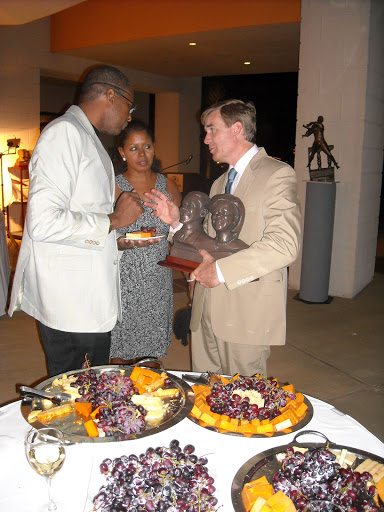 What of Art’s style? It is obviously based on reality but future castings of other projects may need more research – a representation of Patrick Manning seemed more to me like Desmond Haynes, and the double portrait of Mr & Mrs Obama would probably have been better presented if their smiles were closed lips rather than a forest of teeth. 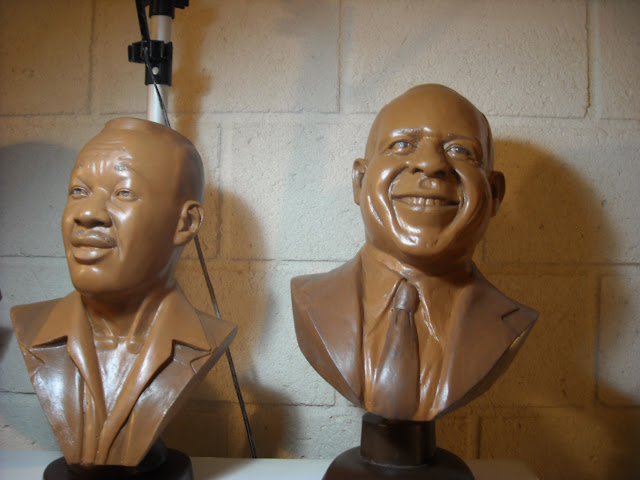 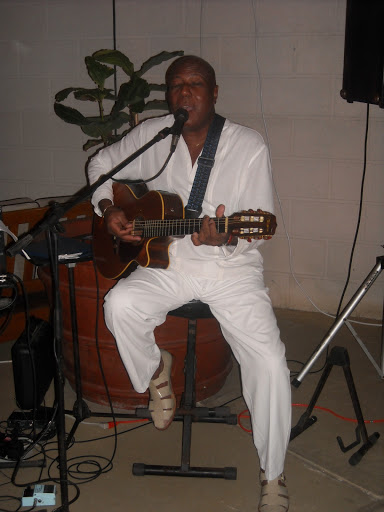 The copy of the bust had a better defined appearance rather than the original sculpture which was unveiled by Dr Hart with his lovely wife Sasha. Also on hand that night was the versatile Aubrey Cummins – at home with either paint & canvas or guitar – who regaled the crowd with seldom heard charmers like “Fiesta Europa” or the theme from “Moonlighting” among other musical delights! 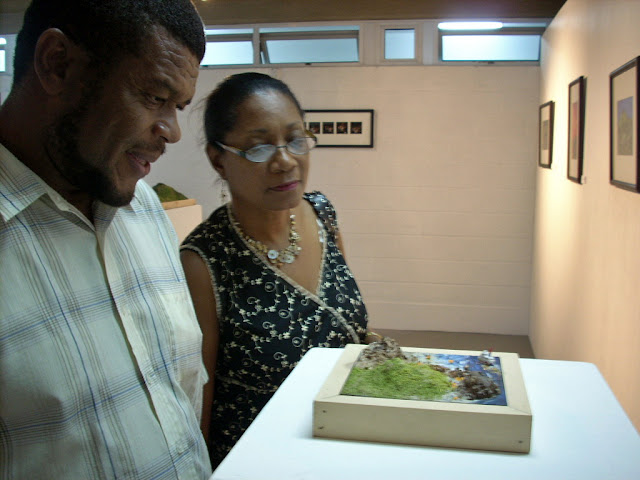 For instance, if you view Jerome Radigois‘ same works where he has not one but two commissioned heads you’ll observe neither have teeth bared. 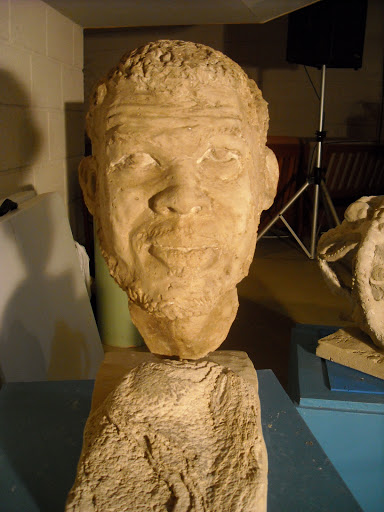 Radigois, better known for nostalgic and fantasy works is equally at home in reality, since I recognised Carl Medford (shown above at an art show at BCC last year) without being told, it was Mr Marshall whose introduction I only received that night and sought his posing with his prize. 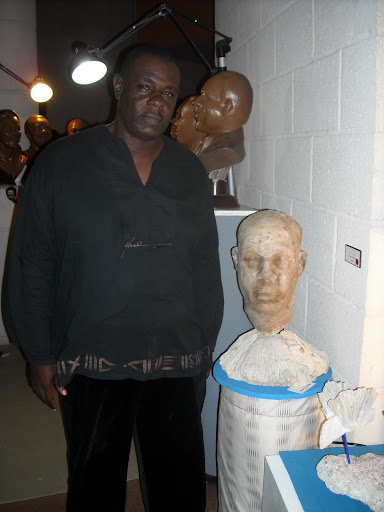 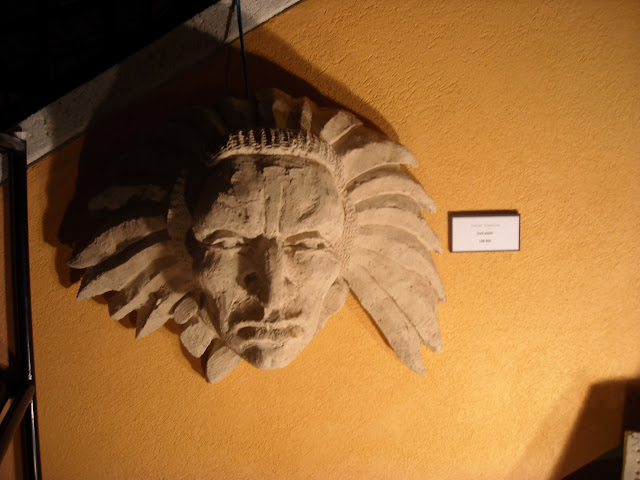 You’ll also find no teeth bared in his Native American with flaring head-dress, nor his sensual mermaid or the semi-coral heads reminiscent of Davy Jones’ crew from Pirates Of The Caribbean. 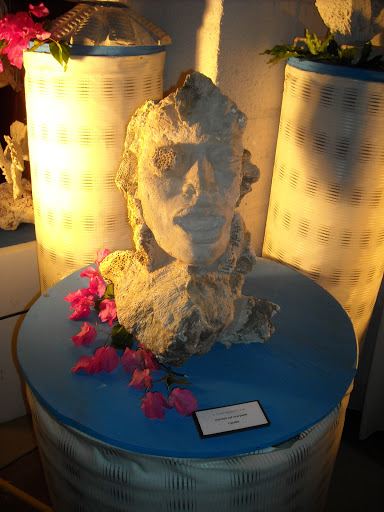 Jerome is obviously fascinated with variations of Greek mythology, and his respect for the stories of old is shown with the care he takes in rendering them to either coral sand or clay and other similar stony substances. 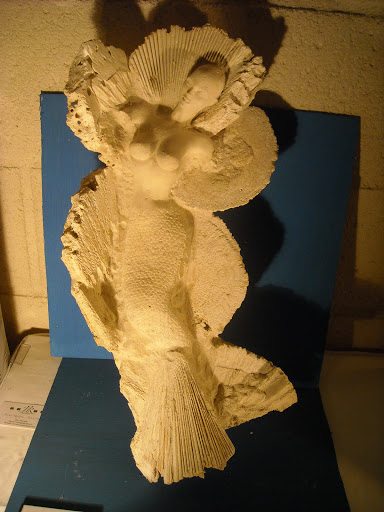 These smaller works from Jerome are also lighter on the pockets of the average well-to-do Bajan who may want to saunter by Needham’s Point on Heroes Day this Tuesday coming and take a gander at the works on display for everyone to appreciate, if only for a week or so.