As part of its ongoing support of the development of cricket in the West Indies, Digicel, proud sponsor of West Indies cricket, today announced a three-year individual sponsorship deal with West Indies fast bowler, Jerome Taylor.

In 2007, Digicel first supported Taylor through the Digicel Scholarship Program, where the talented cricketer spent three months with Leicestershire County Cricket Club gaining valuable match experience in English County Cricket.And with Taylor?s 5 for 11 bowling spree against England in the first Digicel Test at Sabina Park in Kingston, Jamaica in February grabbing him attention on the world stage ? this partnership is designed to support Taylor as he continues to develop his game.As well as its sponsorship of the entire West Indies cricket team and the West Indies Cricket Board, Digicel has individual sponsorship agreements with West Indies team captain Chris Gayle, vice captain Denesh Ramdin and star batsman Ramnaresh Sarwan.Digicel?s sponsorship of West Indies cricket began in 2004, and in 2007 the company extended its sponsorship deal ? worth a guaranteed US$20 million plus bonuses and additional support ? through to 2012. The support of players has been a key part of this partnership with player scholarships, coaches, psychologists, training gear, laptops and systems for analysis being funded by Digicel ? all for the players? benefit. 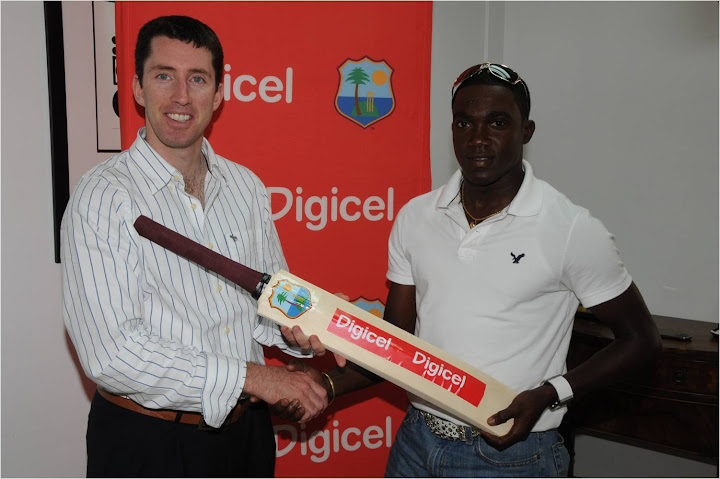 Digicel is committed to supporting the development of cricket at all levels throughout the Caribbean through a wide range of interactive initiatives. These include local youth cricket clubs in Grenada, the British Virgin Islands and Trinidad & Tobago, the Digicel Cricket Coaching Clinics which will return in late 2009 – as well as a host of exciting activities including the ever-popular Digicel Cricket Experience which is fun for all the family and takes place during the Digicel Home Series.Kieran Foley, Group Marketing Director for Digicel, comments; ?Jerome is a very exciting and talented player and we?re delighted to have him join our all-star line-up of sponsored players. His performance in the Digicel Home Series was fantastic and we?re looking forward to doing whatever we can to support him as he continues to set the cricketing world alight. We are committed to supporting the development of young aspiring cricketers in the region and think that Jerome is the kind of cricketer who will help inspire the next generation of players from across the Caribbean.?