Boardhouse Records – March 30, 2009FROM ASSASSIN, IN HIS OWN WORDS: On Saturday March 28, 2009, my performance at the Red Stripe Live concert was ended prematurely and abruptly, as I was stripped of my microphone and escorted off stage. I have spent many years of hard work and sacrifice building my reputation and brand as an artist, with a great level of integrity and professionalism. 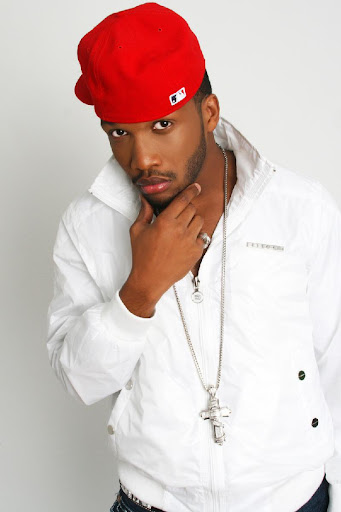 Indeed, the decision to include me in the line-up of this particular event is testament to that. I therefore have a responsibility to my fans and the general public to explain exactly what took place.Upon being booked for the event, the songs I would be performing in my set were submitted in their entirety (without edits) weeks in advance, as requested by the organizers of the event. I rehearsed the songs in their entirety, on two separate occasions, in the presence of representatives from Red Stripe. There was no written or verbal communication from Red Stripe indicating any disapproval of the planned set, nor any discomfort with any specific lyrics or song. During my final rehearsal, I was merely asked to bear in mind the nature of the show, and upon arrival at the venue I was given a generic briefing by the promoters. At this point, there was still no indication from the promoters of any issue or objection to the planned performance.During my performance, I did not deviate in any way from the rehearsed set. I was therefore shocked when approximately eight minutes into the ten minutes I was allotted, I was forced to discontinue. I was subsequently accused of breaching company policy by using what the promoter labeled offensive and discriminatory lyrical content, specifically, the use of the word “fish” in the song titled “Pree This.”The promoter then demanded that I apologize to the audience, a demand to which I did not comply. I am very disappointed by the unprofessional manner in which the matter was handled. I am even more concerned about the potential damage that may be done to my reputation that I have worked so hard to achieve and maintain.My management has since been contacted by Red Stripe’s Maxine Whittingham-Osbourne, who admitted it was miscommunication among Red Stripe representatives rather than any wrong doing on my part that resulted in this whole incident. She also stated that after reviewing the lyrics of the song, agreed I did not break any of Red Stripe’s company codes. She apologized for failing to communicate with me prior to my performance that any lyrics were deemed questionable.I still feel the need to take this opportunity to assure those who support my music that I am in no way at fault for Saturday night’s unfortunate incident. I will continue to exercise discretion in my work, and I remain committed to the high level of integrity that has come to be expected of me.The lyrics of the song at the center of the incident are as follows:

Intro
Jamaica a wi island
Jamrock, what kind a rock?… Trust mi is a diamond
Mi nah run lef an go no where
Mi nah try off a Philippines, mi nah try off a Thailand
No, because Jamaica a mi island
Fi lef ya come in like mi tek sea ova dry land…

Verse One
Well Pree this
How so much fish deh yah like seh a sea this?
And pree this, dem gooda hear that an want say me dis
Well pree this, see a Bible yah, gwaan go read this
And tell mi whey yuh see say yuh fi a man yuh P?
Eh eh, no sah, Jamaica mi can’t believe this
A find headless pickney, a couldn’t we this
No murder nah commit a St. Kitts and Nevis
But we a gwaan like seh we a Islamic extremist
Low mi nuh officer after a nuh speed this
How yuh a gwaan so and is a draw a weed this
Alright then nuh say nutten, hold this is a G this
Yuh face still mek up?… alright a three this
Di country a mash up, how wi ago treat this?
If we unite mi know we can defeat this
Because a full time we bring back the sweetness
Until Jamaica give wi diabetes

Chorus
Because the economy poor and the crime rate high
but a Jamaica still a we yard
Mi nuh know bout you but mi sure bout me,
dem ting deh nuffi gwaan ina mi yard
What mi say? Things not great but wi must hold the faith
Although times so hard, mi say
Wi affi try set it, we nah run lef it
Jamaica still a wi yard

Verse Two
Well hear this
Come mek wi pretend seh is a election year this
And everybody try find a better way fi steer this
Cause if we continue so, tourists goin fear this and
nobody nah go want come near this
Well hear this…
Jamaica we can’t move so we a live too careless
Nuff prayer a send up mek di Almighty spear this
Well Ja-Mek-Ya him a test wi, wi can’t fail this
Him goodly take it back, so do nuh mek him send a bailiff
Mi kick back pon di beach and mi a sip a Baileys
And mi a remember how much hurricane and how much near miss
But wi crime rate mek wi feel like wi deh pon death row
Is like is an electric chair this