Minister of Health in the Nevis Island Administration (NIA) Hon. Hensley Daniel, gave the assurance that the Cuban based eye care programme, Operation Miracle Vision would be reintroduced in Nevis. 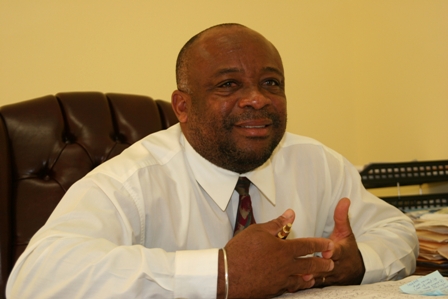 The Minister told the Department of Information during an interview shortly after he returned from Cuba last week, that the programme had been suspended by the former Administration however, a request from the sitting NIA received the Cubans approval and would commence in the near future.He said the request was in keeping with the sitting Administration?s undertaking to provide affordable healthcare to the people of Nevis.?We met with the coordinators who manage Operation Miracle Vision and we are going to restart this programme. The project coordinators are doing their assessments at the moment.?They will come and do an assessment as to the nature of the eye care programme, the nature and extent of the diseases and then we are going to continue the programme in its initial format where the patients can go to Cuba and be treated,? he said.Mr. Daniel along with Permanent Secretary in the Ministry of Health Mrs. Joslyn Liburd, who had formed part of a Federal Delegation for a one week visit paid for by the Cuban Government said, that he used the opportunity to see firsthand the accommodations offered to patients.?I went to look at the accommodation where they stay and it is as good as any hotel? you have hot and cold water, you have television in the rooms and you have common bath rooms and dining rooms,? he said.Under the Operation Miracle Vision Programme, some 1.5 million persons from Latin America and the Caribbean have been operated on in Cuba for various optical ailments.Nevisian diabetic patients will also have the opportunity to take advantage of a new medical corporation programme, for the treatment of diabetic foot ulcers and amputation prevention, offered to St. Kitts and Nevis by Havana.Minister Daniel explained recently this programme, which was spearheaded by health officials in Cuba, was a programme tailored for the Caribbean which utilized a Cuban developed biotechnology product called Heberprot-P. The drug has had a proven success rate among patients in the Spanish Speaking Island. 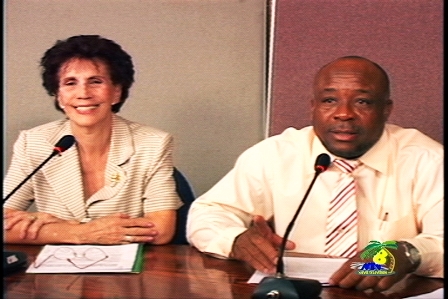 Mr. Daniel said he had returned to Nevis with a draft agreement for the programme and it was the intention of the NIA to sign up for the medical cooperation plan shortly. The Minister outlined some basic terms of the proposed agreement for St. Kitts and Nevis which also made provisions for training.?The Project is based on the integral attention of the diabetic patient with foot ulcers in St. Kitts and Nevis through the introduction and application of a novel Cuban biotech product Heberprot-P with proven efficacy in nearly 2,000 Cubans and foreign patients treated to date.?The project foresees the training of the St. Kitts and Nevis health personnel in the assistance and [terms] to be defined, as well as all recommendations for the implementation of an organised system and the education for health personnel who contribute to the suitable handling of the project in the region,? he said.The Health Minister said that the programme would be of immense benefit to the people of Nevis, since there had not been any such programmes by the health services in the past.?I believe persons who are diabetic in Nevis and St. Kitts and they learn that they can get treatment for an ulcer to prevent the continued [advancement] of the ulcer and amputation it must mean something very significant for the people, very significant,? he said.Mr. Daniel along with Permanent Secretary in the Ministry of Health Mrs. Joslyn Liburd formed part of a Federal delegation to Cuba. He said they visited the Bio Technology Canter where the programme was implemented and were able to obtain first hand proof from patients there.He explained that the product which was injected directly into the ulcer had generated healthy tissue and signs of healing were obvious in the first six weeks of treatment. 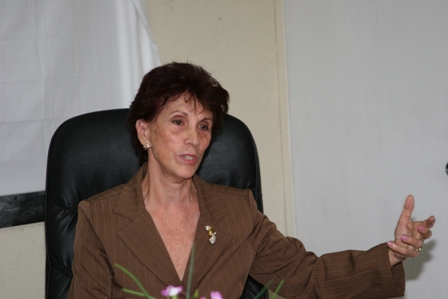 ?There were testimonies by people who came to the Centre, who had given up hope already and who did not expect their foot to be healed and this medication developed in Cuba was used to prevent amputation,? he said.Meantime, Resident Cuban Ambassador to St. Kitts and Nevis Her Excellency Mrs. Ana Maria Gonzalez endorsed the programme and cited that doctors in her country had done much research in the area of diabetes.She said the Caribbean had a high incidence of diabetic patients and the project which was offered to the Caribbean region was aimed at amputation prevention.