During the last session of Day 2 (April 15th 2009) on the 3rd Indigenous Leaders Summit of the Americas, the Indigenous delegates gathered were unpleasantly surprised to hear firsthand about the historic and ongoing suffering of the Naso Tribal Nation of Panama. Several dozen weary Naso made an impromptu appearance in the conference room where Indigenous leaders from around the Hemisphere were gathered to finish the last round of discussions to finalize a plan of action for the 5 OAS heads of state Summit which was to begin immediately after our event in Panama. 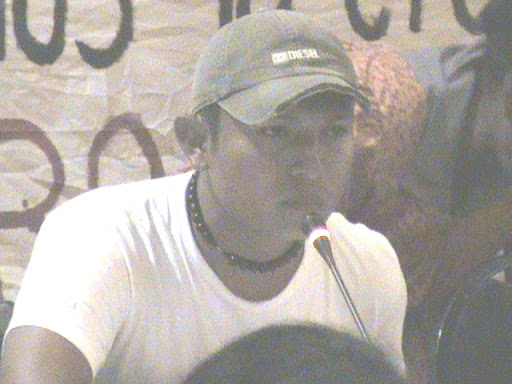 The Naso had heard that we were going to be there, and had traveled 24 hours without food to bring elders, women and children to deliver an emotional appeal to us – in the hope that we would in turn tell the wider world of their plight. The Naso Tribal Nation is comprised of 3,500 persons living in 11 tribal villages, and as recently as the 30th of March 2009; 150 heavily armed Panamanian policemen entered Naso territory and destroyed 30 homes, and as a result 200 Naso including 65 children became homeless and were forcibly evicted from their own community on the San San river. The Police were called in to ‘remove illegal squatters‘ by the wealthy BOCAS Cattle company which was illegally sold Naso Tribal lands (unknown to the Naso who have been living there for centuries) by the government of Panama, the Naso claim to be shot at regularly by Bocas armed guards – yet when the Naso complain to the Police, it is the Naso who are beaten and arrested! 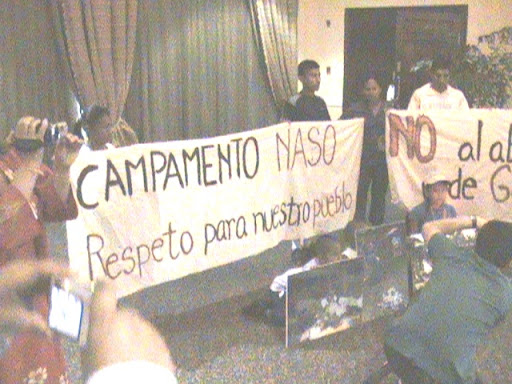 The Naso have been victimized by non-indigenous interlopers ever since the first Spanish Conquistadors set foot in Panama – and it has continued in various forms up to the present government with Agricultural and Hydroelectric projects that are NEVER implemented with the ‘free, prior and informed consent‘ of the Naso Tribal Nation – and this is a violation of the United Nations Declaration on the Rights of Indigenous Peoples which the same government of Panama voted in support of in the UN General Assembly. 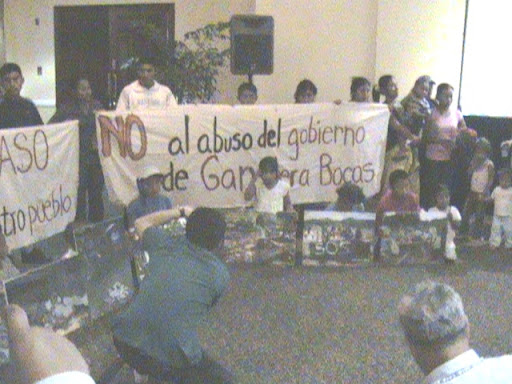 The hotel Riande Continental at which we Indigenous leaders from around the Hemisphere were having our summit – and staying in, was one of the more posh Hotels in Panama, and I doubt very much these Naso brothers and sisters would have allowed in the front door had we not been present that day. Hector Huertas a well known and respected indigenous Lawyer and member of the Kuna Tribal Nation (also of Panama) was as visibly upset as the rest of us and quickly suggested (and we all immediately agreed) to the entire Caucus that we give up our tea break snacks and beverages waiting outside our conference room – to the tired and hungry Naso who had sacrificed so much to make the journey. 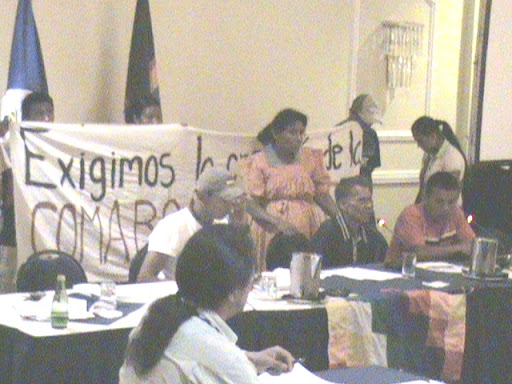 Carib Chief Charles Williams was enraged to see and hear of the outrages the Naso endure in the year 2009 – over Five centuries AFTER the misery was first unleashed in the new world by Columbus and reminded the gathering that “This is why we are here, to raise our voices in solidarity with all our suffering indigenous brothers and sisters“.

Roberto Mukaro Borrero – President of the United Confederation of Taino People and well known respected Indigenous Leader followed with another suggestion of solidarity (also immediately accepted by all gathered) – that each of us Indigenous Leaders donate money to the Naso so that they could afford to feed themselves that night and make the journey back home the following day, by and large it was a case of the poor helping the poor, as very few of the leaders in the room would be considered even to be ‘lower middle-class‘ by the socio-economic classification system of Western Civilization. 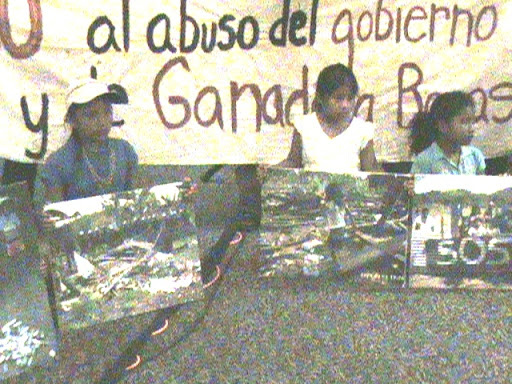 I met with the Naso spokesman afterward and asked if any of them could provide me with an e-mail address so I could keep in touch, and I vowed to my Naso brother that I would tell the world of their plight, and this article is just my way of keeping my promise to him; but I will go further.

I am inviting my Naso brothers and sisters to join the Pan-Tribal Confederacy of Indigenous Tribal Nations where many oppressed Indigenous peoples from around the world have decided to raise their voices, I cannot promise that I will be able to solve the problems of anyone, but I DO provide a free internet platform at my own expense (since 1999) for the oppressed to speak without fear and put their case to the wider world.