The 28th Annual International Reggae and World Music Awards (IRAWMA) returns to the Big Apple on Sunday, May 3, 2009. The ceremony will host the top names in reggae, soca and world music at its new venue at the York College Performing Arts Center in Queens, New York. 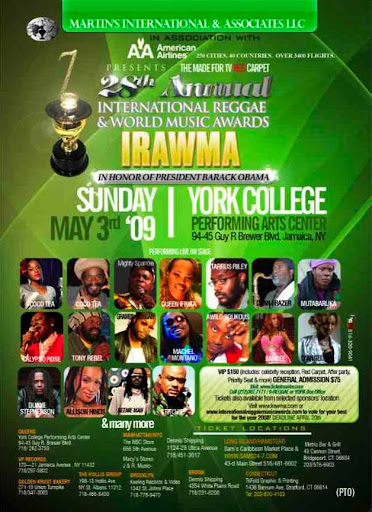 Dancehall star Beenie Man has just been confirmed as a featured performer for the night. Nabbing a new record deal for his upcoming studio album, the “King of the Dancehall” is now signed to Brookland/Universal Republic and is set to thrill the crowd with his catalogue of hits, including the new single, “Gimmie Gimmie.”

“We are very pleased with the response we are now receiving from the Caribbean and the rest of the world, and the respect that IRAWMA has been getting,” states Ephraim Martin, President of Martin’s International and Associates. “When we think back 28 years ago, there was no form of recognition for reggae or world music entertainers. Today, from all corners of the globe, world beat music entertainers now have their special awards to look forward to each year.“ 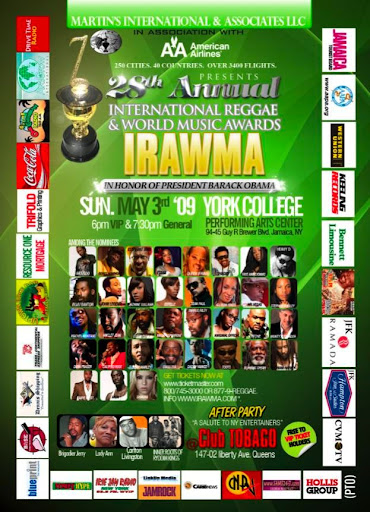 The 28th IRAWMA kicks off at 6:00pm for VIP ticket holders, and 7:30pm for general admission. This year the ceremony takes place at the state-of-the-art York College Performing Arts Center, located at 94-45 Guy R. Brewer Boulevard in Jamaica, Queens.