Tired of roti? Saturday, I couldn’t get a park by Indian Grill and it led to me travelling down the road…
When was the last time six dollars of Pudding & Souse fill you? Then you haven’t visited the Souse House on Bay Street (11AM to 3PM each Saturday), 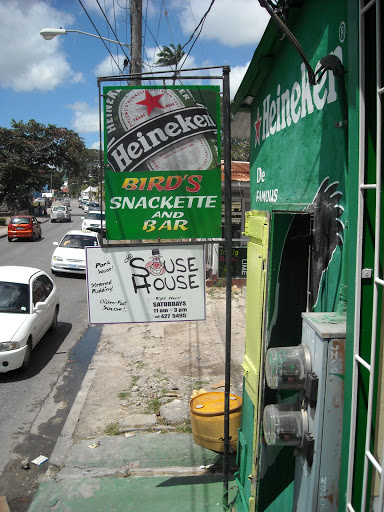 if you’re moving from Bridgetown towards the Hilton then it’s the green Heineken shop before the traffic lights – but if you coming from South Coast going to town, then park at the NCC car park for Browne’s Beach and it is smack opposite that car-park entrance.

What is pudding and souse for overseas crews reading this? Souse usually consists of the feet, head, ears and tongue of the pig stewed until tender with a “pickle” made of cucumber, lime, scotch-bonnet peppers and onions. The pudding originally was the intestine of the pig stuffed with sweet potato and seasonings plus the blood of the swine and steamed until a dark brown.

The Barbados Government for health reasons due to lack of an official abattoir stopped vendors from offering the belly to do pudding in sausage form, and the pudding without casing was made dark using additives and flavours not pigs’ blood – there are places in Barbados which still offer this, but they are hush-hush and you have to be an excellent regular customer to earn such a privilege! The Souse House sticks to regular health standards and offers steamed pudding, but when I tried their goods (minus the pickled steppers – that’s chicken foot, not me bo’) I added a new concept… Pickled Pig Tail, $3.00 each, everyone in Bim has had a BBQ pigtail sometime, but I never thought of curing it like souse! They have a very friendly young couple as cashier and waiter. Plenty rum and beer for the weekend warriors!

Their product is magnificent, I swear I can pick up a hint of garlic in their seasoning, so filling and it was a six-buck portion. The place was about a quarter full at 12:50 pm and they even had a space cleared for dancing, alas, not me yet!

The main challenge with the Souse House is two things – traffic noises and being on the main road; trying to cross traffic which does not pause… 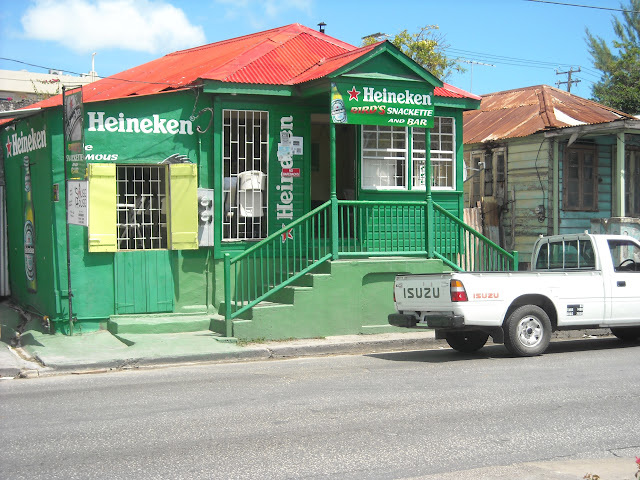 A request to their appropriate MP for a zebra crossing may help?

There are $12.00 and $6.00 portions with or without steppers, they ran out of Guyanese fish-cakes at $1.50 each (got the impression they were huge) and passed on Egg-Balls (seasoned hard-boiled egg rolled into cassava flour, not a fan of cassava – Kassav’ yes, but not the real thing).

I bought a portion for the madam to sample (she loved it) and as I was leaving a Brit guy walked in, Alison Hinds’ “Faluma” was blazing and he indicated he’s a bit hard of hearing. I pointed to the pigtail for him to try and he said he’s not sure about that but he’ll try the souse & feet!

I wish I was there when he opened the pack and saw all these long toes gawking back at him, LOL! But I plan to visit the Souse House on Bay Street again soon – open every Saturday from 11:00 am to 3:00 pm!