[NB: Centre’s location was not provided in original release]

Construction of the Juvenile Co-Ed Rehabilitation Center of St. Kitts and Nevis is on target, and the facility?s project coordinator Raphael Archibald said the service that will be provided will help to promote positive behaviour among the nation?s youth.

On this week?s edition of SKNIS radio magazine Perspectives, Mr. Archibald explained that he was pleased with the progress of the center which will feature two main buildings. 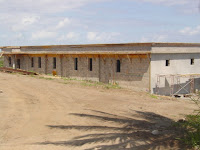 The remand center, the smaller of the two buildings, is further along as the concrete roof has already been cast. The steel frame for the second structure is currently being erected.

?The center is expected to be completed in August this year and at this time it is on target,? he said.

When completed, the center will be capable of officially housing 20 male and 10 female juveniles convicted of less serious offences. As such, candidates will be identified through the judicial system.

While the construction process has received good grades, the foundation for the consultancy services is also being laid, and will cover a wide range of issues. Mr. Archibald stated that the impact of the ongoing training, which will also be offered to all teachers in the education system, will have short and long term effects.

All teachers will be exposed to behavioral psychology and counseling methods and the curriculum at the Teacher Training Division at the C. F. Bryant College will be enhanced in these areas. Another of the consultancy services focuses on advanced detection of learning and behavioral difficulties in children at an early age.

?A lot of [the benefits] are long term as some of these consultancies are really dealing with children in grade one, two and three,? he said. ?Teachers ? trained at CFBC will go to the schools ? and use these skills when interacting with the young people. The whole idea is to prevent these children from becoming candidates for the home.?

?Hopefully, when the center is in full gear we?ll have our young people getting on better than they are now,? Mr. Archibald added, citing recent antisocial activities. 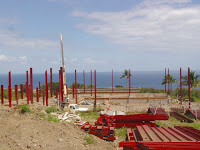 Every staff member at the center will undergo some level of training in order to assist the daily interaction with residents and promote an environment of trust and community between both parties.

The skills of social workers and juvenile court officers will be enhanced and a review of the foster care programme will be conducted, along with an upgrade of the management information system.

The Juvenile Coed Rehabilitation Center of St. Kitts and Nevis will be operated under an established institutional framework that stresses a Child Right?s approach, and is in keeping with the relevant international conventions that the Federation is party to.

[NB: This News-Blog hopes apart from the pledge that the Rights of the Child as set forth by the UN is adhered to, that all steps will also be taken to avoid sexual interaction between inmates or inmates and personnel]