Jr Kadooment back at the Stadium and One route for Jump-Up: NCF continues Stakeholder Updates

On Monday 2nd March, the National Cultural Foundation continued with its policy of meeting with the Crop Over stake holders to discuss matters of the festival, with a view to improving the quality of the events. 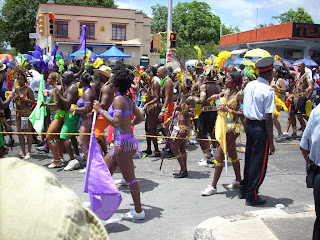 A handful of masquerade band leaders responded to the invitation extended by the NCF, but despite the small number there was a lively discourse about the way forward for the Junior Kadooment and Grand Kadooment revelers.

Of particular interest was the duration of time spent on the road Kadooment Day last year and the two routes introduced. Consensus was that the bands were hurried off the highway, an issue which will be attended to with the police when the NCF and the island?s police command meet later.

This year also, the NCF will revert to the original one route for the jump up. Another return will be to the National Stadium for the Junior Kadooment, this in response to the several pleas from parents and band leaders.

The appearance of the Kings and Queens of the festival, relations with the Value Added Tax Division, sensitization to best health practices and early registration, all formed part of the agenda of the meeting. 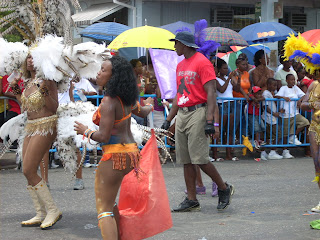 Further meetings are planned with the band leaders, all in a bid to improve the quality of the island?s biggest street parties; Grand Kadooment and Junior Kadooment.