How Israelis & Islamists dehumanize each other: Psychologists examine state of mind that leads to heinous actions like those reported in Gaza

Two Israeli newspapers published disturbing accounts this week about misconduct by Israeli soldiers during this country’s January offensive in Gaza ? and one statement stood out from the rest.

This particular utterance did not describe a heinous incident or act but instead conveyed an over-riding state of mind, one that enabled at least some Israeli soldiers to carry out some thoroughly loathsome deeds while they were deployed in Gaza ? including, it seems, the cold-blooded murder of Palestinian civilians.

“I don’t know how to describe it,” said the soldier in question, a squad leader who is clearly troubled by much of what he saw. “The lives of Palestinians, let’s say, is something much, much less important than the lives of our soldiers.”

Psychologists have at least a couple of terms for the tendency of humans to view their adversaries as springing from a lower order of being.

Known either as pseudo-speciation or dehumanization, the phenomenon is as ancient as the Bible and as common nowadays as olive trees in the Holy Land.

It enables both Arabs and Jews to behave in ways that would be nearly impossible if their victims were acknowledged to be human beings. 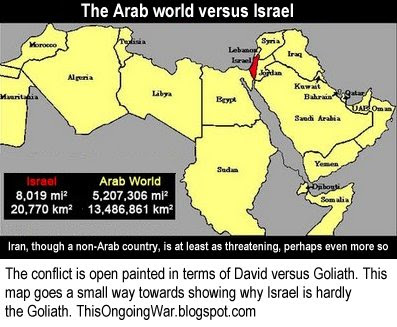 “We know from professional studies this happens in just about every conflict,” said Gabriel Ben-Dor, who heads the school of politics at the University of Haifa. “The more protracted the conflict, the more likely it is to occur.”

Dating back to at least 1948, the feud between Jews and Arabs has had more than six decades to fester and weep, and by now the process of dehumanization is practically complete. It is also mutual.

“Certainly on the Arab side and particularly the Islamist side, Israelis and Jews are totally dehumanized,” said Yossi Alpher, co-editor of the bitterlemons.org Internet site.

“In Friday sermons in mosques, they say we are descendants of pigs and monkeys.

“We are totally dehumanized in the militant Islamist narrative.”

If there is one man in this country who has explored the dark side of Israel’s heart, it is Yehuda Shaul, director of Breaking the Silence, an organization that collects and publishes accounts by Israeli soldiers about their sometimes brutal behaviour while on duty in the Palestinian territories.

Shaul says the reports in Haaretz and Maariv ? tales of widespread vandalism and at least some cases of unprovoked killing of civilians ? are consistent with the war stories he has so far collected on his own about the January offensive, and he finds them unusually troubling.

“It’s a very, very different situation,” he said. “The soldiers say: `Everyone is an enemy. Everyone here is a legitimate target.’ That was the notion.”

The Gaza abuses reported this week included the unprovoked killing of a woman and her two children in one incident, and of a lone elderly woman, in another ? people slain not because they posed a threat of any kind, but merely because they happened to be Palestinian.

Some here believe rancour between Israelis and Palestinians has worsened in recent years in part because the two sides have almost no day-to-day contact anymore.

The resulting isolation has permitted the worst stereotypes to flourish unchallenged on both sides, displacing all other notions ? the Israeli as rabid settler or rampaging soldier, the Palestinian as ruthless terrorist.

A children’s TV program in Gaza called Tomorrow’s Pioneers is notorious for presenting a succession of squeaky-voiced animal characters ? Farfour the Mouse, Nahoul the Bee, Assud the Bunny ? who foment hatred of Israel until they are cruelly martyred by vengeful Jews.

“It does create a climate,” said Ben-Dor. “It’s very difficult to change these attitudes once formed.“

But Ahmed Abu Tawahina, director-general of the Gaza Community Mental Health Program, said such TV shows and other methods of indoctrination are superfluous in Gaza.

“Forget about all the media programs,” he said. “Palestinian children develop their attitudes from their experiences on the ground. Ninety-eight per cent of kids in Gaza did not feel safe during the (January) war. So how will those children perceive the Israelis now?“

Organized religion has done little to reduce tensions on either side and has often made an already deadly situation even worse, driving wedges between Muslims and Jews while ignoring or denying their common humanity.

“Religion has so much influence in the Middle East,” said Ben-Dor. “It’s the key factor, but it is not playing a positive role at all.“

Meanwhile, the conflict grinds on, the hatred deepens, and the death toll climbs relentlessly higher.

“I do predict the cycle of violence will continue,” said Abu Tawahina. “The next generation of Palestinians and Israelis will be more fundamentalist and extremist.

“When aggression is carried out on one side, the other side will react aggressively as well.”

See original article at http://www.thestar.com/News/World/article/606064. And for an excellent CBS article on Breaking the Silence and the personal experiences of Israeli soldiers, click here.

What You Can Do

By taking action to inform ourselves and others, we can help to break this cycle of aggression and violence.

Learn about and support Breaking the Silence, bitterlemons.org, and other groups dedicated to moving beyond polarization and exploring the root causes of this and other conflicts in our world.

Read a powerfully revealing essay by a highly decorated U.S. general on the root causes behind all war at http://www.WantToKnow.info/warcoverup. Inform others of this important work.

Explore inspiring ideas on how we can build a brighter future for all of us by reading this short essay.

By working together, we can make a big difference. Thanks for caring.