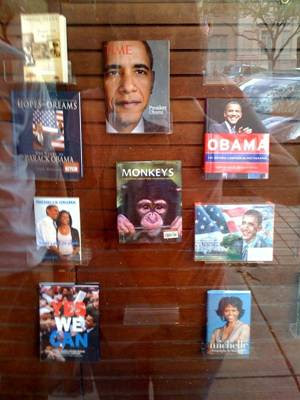 One came from a recent contributor to this News-Blog;-

Meanwhile, a Stateside friend of mine was shocked and did some snooping and found that Snopes – the Urban Legend debunkers – had verified the situation happened and B&N alleged it was a customer who defaced the display, but this is what my buddy said…

Prank or not, this is still reprehensible. I thought most window displays were locked.