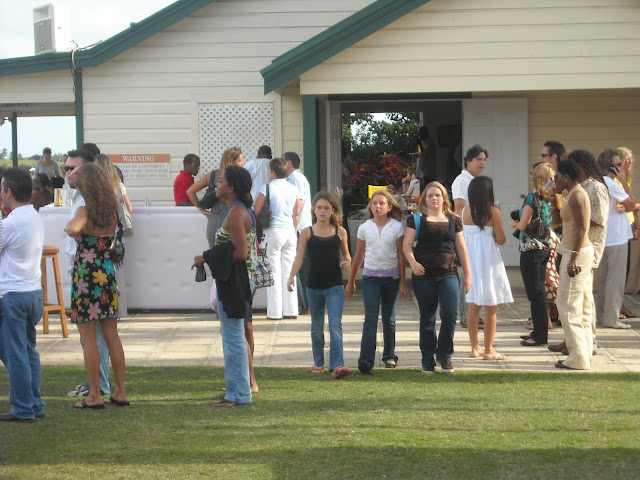 Clifton easily has the potential to beat Holders as the Mekka for Chukkas in Barbados… There’s great camaraderie before and after the games, all types of Barbadians congregate for excitement on the field and sweet partying thereafter… 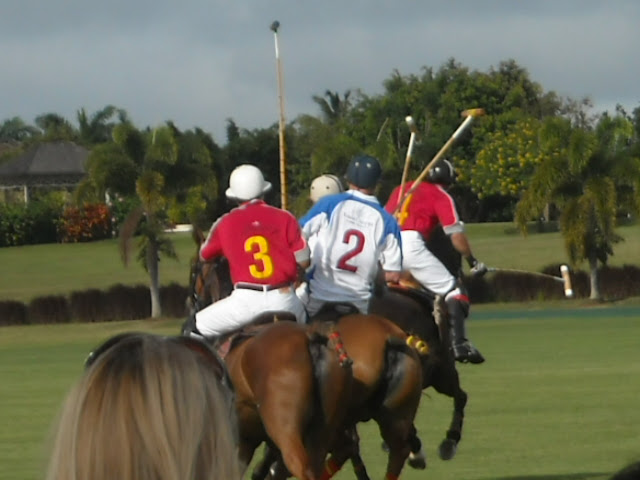 The music is a deejay’s wonderland – Latin/Salsa, old calypso & dub, a smidgen of alternative rock with a dash of 80’s retro… 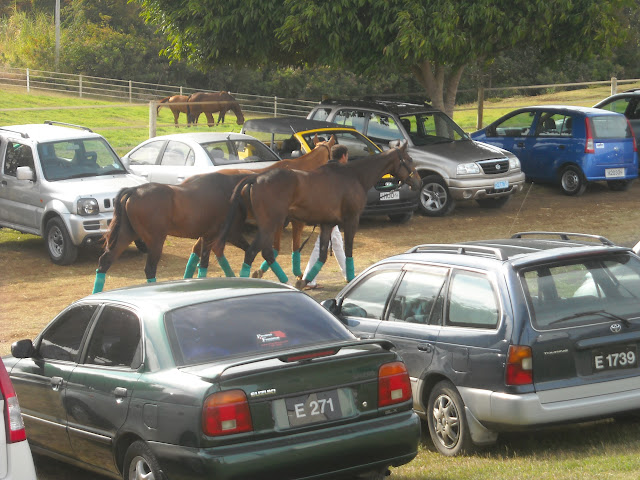 Finding the place is almost as if you were a crow flying from Hothersal Turning (Remember to stop at the junction by Kelsi’s, IT’S THE LAW – does not make sense, but better to pause than regret it) until you reach the sign by the fork in the road swing to the lower left branch and proceed to the next sign…

That’s when you reach the main bugbear, when the paving runs out, the balance of the journey is better suited for a Hummer or a Land Rover! Maybe a fundraising match can assist in paving the rest of the way to the Clifton grounds? 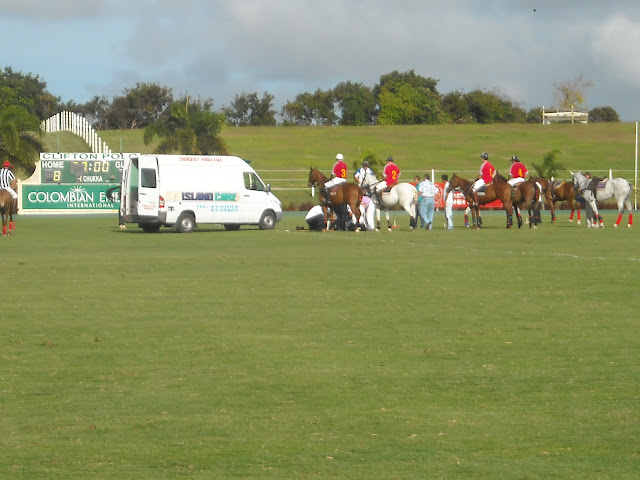 There was some excitement during a match when Sir COW took a turn for the worst and paramedics were rushed on to the field, but he had heat exhaustion and after rehydration was back in time for the prize ceremony at dusk – Andrew Mallalieu from TERRA presented the shield. 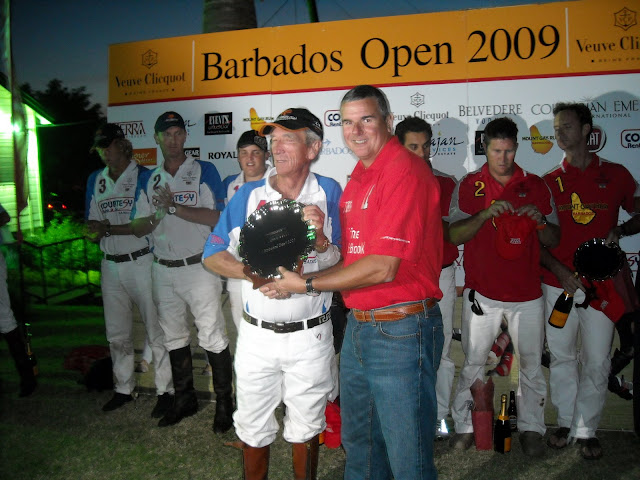 The opening chukkas found Team Courtesy trouncing Mount Gay with a massive 10 to 9 – no wonder! Adam Deane was in their corner and again playing ferociously beyond his teenage years, his deuce added to the eight scalps between Jacinto Crotto & Jamie Dickson and made for the drubbing. Stewart Gill, Alex Cole with Martin Espain were the main scorers for MG. 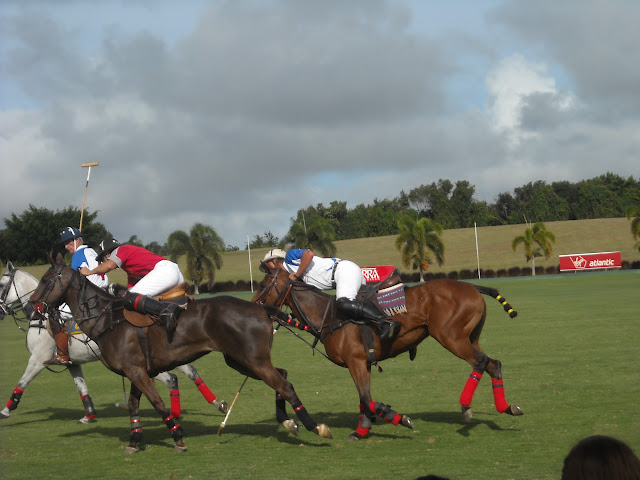 Philip Tempro and Bruce Bayley usually play on one side, but in the main event, of Mercedes Vs. Clicquot, it found the brothers in arms now at arms pitted against the other! 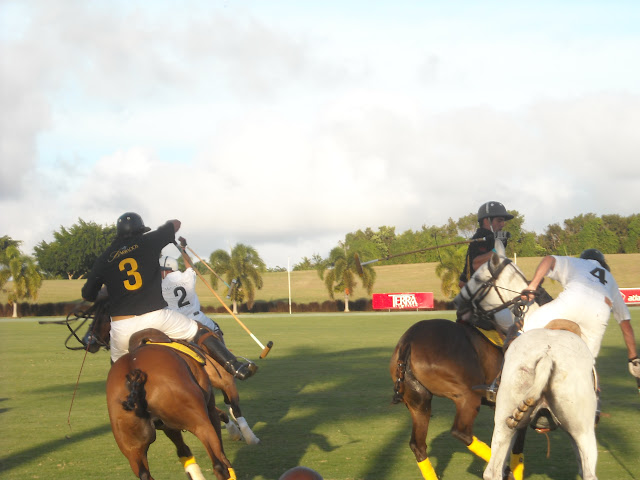 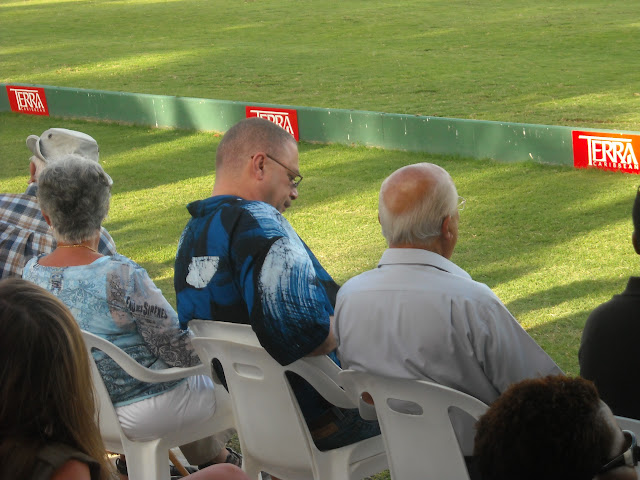 This edge of the seat vigour enthralled even Polo Club President Keith Melville with Prime Minister David Thompson from their chat, each wondering what would happen next as it was tit 4 tat in each chukka. 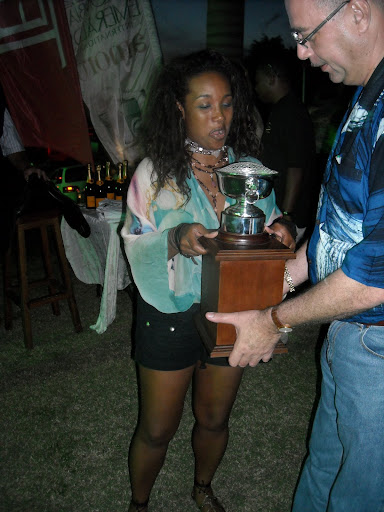 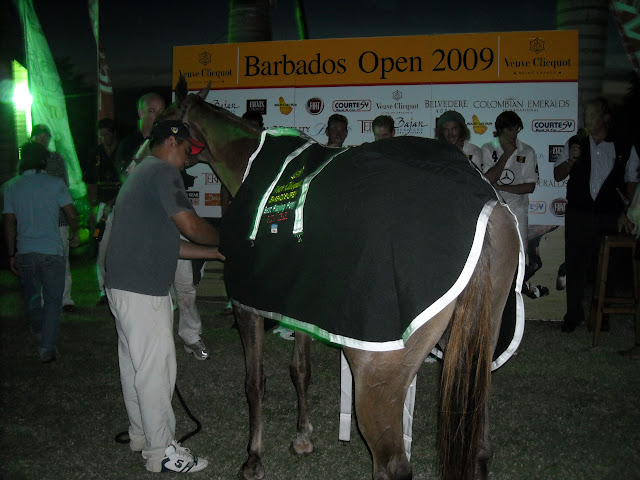 It’s all about the Benz as they accelerated 7 over Veuve Clicquot’s 5, Rombera was adjudicated MVS: Most Valuable Steed, saucily attired Karen Kranenburg was the coordinator for the trophies and was shown appreciation from one of the players, LOL! 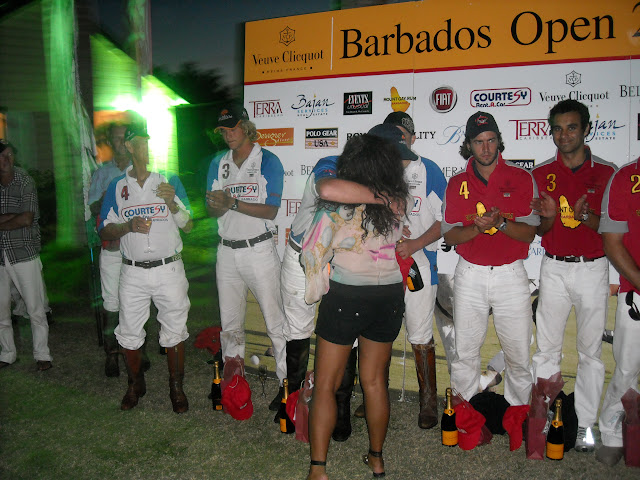