Windies Captain Chris Gayle admitted the West Indies’ strong-willed effort to draw the 3rd Digicel Test against England at the Antigua Recreation Ground felt like a victory for the team.

“Yes, it is a victory for us,” he said. “I have to commend the guys for the effort they put in this test match. It’s really tremendous to come out with a draw.”

The result ensures that the home team heads to Barbados for the fourth Digicel Test still 1-0 up in the five-match Digicel Series 2009.

No. 11 batsman Edwards and his No 10 partner Daren Powell negotiated a tense final 36 minutes and 60 deliveries to secure the important draw. 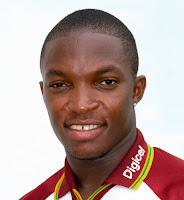 Edwards, who had been involved in match-saving last wicket stands against Zimbabwe in Harare, 2003 and against India on this same ground three years ago, said he was confident he could do it again.

“I’m a man for this situation. I wasn’t really nervous. I’ve been here already so it’s nothing new for me,” said the Barbadian.

Powell, whose place has been under threat in this series, also exuded confidence after helping his team home: “I was in my zone. I started seeing the ball well. I’ve been working on my batting for the last couple of months. I’m under a bit of pressure and that spiked me up a bit. That helped me out there.

“This is for the team. I’ve said 3-0 that we’re going to beat them and this shows what we can do. 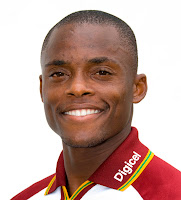 We’ve been showing that over the last 18 months that we can win games. But we were inconsistent and I’ve been preaching for so long that when we learn to draw games, then we’ll start to win.

“Now we’ve drawn this game this should put some more fight in the rest of the guys and go out there strong for the next two test matches.?

England captain Andrew Strauss admitted he was disappointed despite a whole-hearted effort from his main bowlers, including a hobbling Andrew Flintoff.

“It’s pretty tough to take,” Strauss said. “We had to work exceptionally hard for our wickets in the fourth innings there. I thought we had just done enough. In that last session, the guys dug very, very deep. Freddie Flintoff was bowling on one leg and the rest of the seamers were very tired. So to get very close was a great effort but it’s pretty tough to take.”