Artist Vincent Francis Castellanet presently resides in Byfield, Massachusetts. He was born in 1935 in Chicago, Illinois. His education includes studies at the Academy of Fine Art, Art Institute of Chicago, and Quincy College. 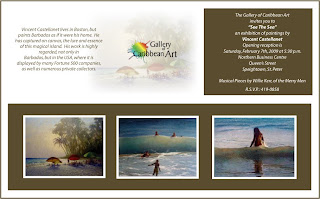 In addition to his fine art education, he also studied graphic arts, which led him to a successful career as the Art Director of Alberto Culver Company. In 1973, he moved to Boston, as the new Director of Design for the Gillette Company. 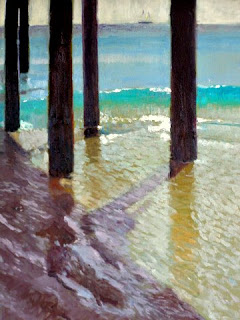 While living in New England, he has had the opportunity to paint scenes of historical seaside towns, dramatic countryside landscapes and the charming beauty of Boston architecture. 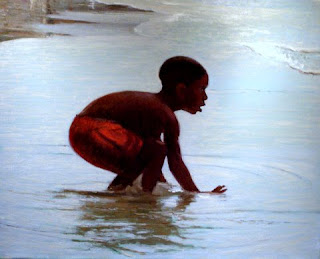 Vincent has received many coveted awards. His work can be seen in some of the New England?s most prestigious galleries such a Boston Art, Diane Levine Fine Art at the Boston Design Center, Copley Society of Boston, J. Todd Gallery of Wellesley, Salem Marine Arts Gallery and Churchill Gallery in Newburyport. 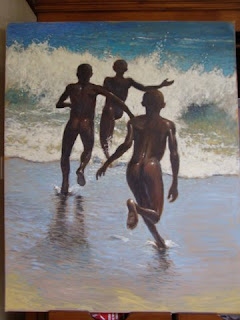 In 1984, Vincent and his wife Margie, made their first trip to Barbados. He was captivated by the magnificent light and colour that is inherent to the island. The swaying palm trees, beautiful white sand beaches and the azure blue of the sea make it an artist?s paradise. Each year when the Castellanets return for their two month holiday, Vincent sets up his easel and recreates that beauty on canvas. The paintings have been well received in Barbados with several successful showings at the Gallery of Caribbean Art. 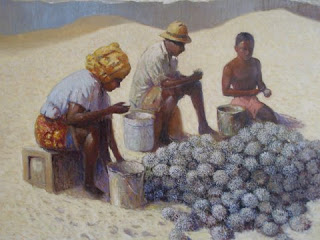 Vincent is married to Margie Castellanet, President of Whimsey House Interior Design. They have two married daughters and five grandsons.