Police on Nevis say the amount of drugs they have removed from the streets and the number of drug related convections they have had at the Magistrates Court in Charlestown, suggests that they have created a dent in illegal drug operations on the island for 2008.

Head of the Special Task Force Sergeant Winston Wilkerson made the comment when he spoke to the Department of Information during a drug burning exercise at Long Point, of over EC $600,000 worth of combined illegal drugs. 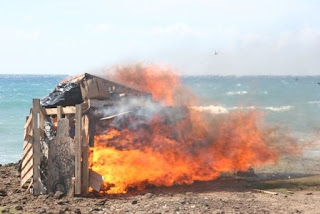 ?We are creating a dent not only with financial losses but also a great number of persons have been convicted in the courts.

?In fact for 2008 we had over 100 percent drug convictions over 2007. We had in fines over $400,000 meted out at the Magistrates Court in Nevis and I know over $150,000 was paid. Some are outstanding because of the time period that the perpetrators had to pay but that is a significant amount? we also through Customs confiscated a yacht and it has already been sold by public auction by Customs in St. Kitts,? he said.

According to Sgt. Wilkinson they disposed of a quantity of compressed cannabis, uprooted plants, cocaine powder and crack cocaine and an assortment of knives, scissors and other drug implements and two firearms were destroyed by fire. 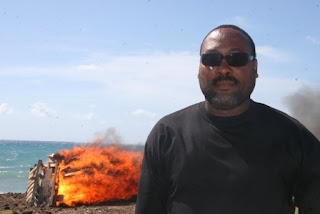 He explained that the Task Force had delayed the destruction of the compressed marijuana that they had confiscated in January 2008 with an estimated street value of over $500,000 to satisfy their obligation to assist international agencies who had interest in the drugs with their investigations.

The remaining drugs which had been confiscated from persons on the street were valued at about $150,000.

Notwithstanding, Sgt. Wilkerson hastened to add that the drugs were the property of the Court and they were given permission by the Magistrate to destroy them. He also pointed to the public?s accusations that had been constantly levelled against the Task Force.

?It is unfortunate that persons in the community always accuse the security forces of recycling the drugs that we confiscate. I have been in the Task Force and in charge for over four years and we always invite the news media and if for some reason they are unavailable we would delay or postpone the operation of destroying, so that the public can see that we are destroying all the drugs that we have permission to destroy and I can vouch for the officers who work with me,? he said. 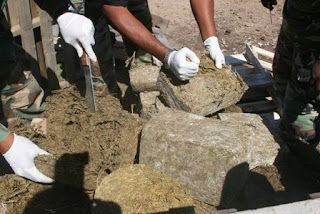 Meantime, the Task Force Leader used the opportunity to seek the continued assistance from the public in the fight against illegal drugs on the island.

?We know though that a lot of people see and hear stuff but for whatever reasons are reluctant to come but we are encouraging you to pass on the information and it may not have to be directly but through some person you have confidence in.