ICC ANNOUNCES REFEREE AND UMPIRE APPOINTMENTS FOR UPCOMING DIGICEL SERIES: All is in place for the start of the Digicel Series 2009

The International Cricket Council (ICC) has announced the referees and umpires who will officiate in the upcoming Digicel Series.

The Digicel Test Series between the West Indies and England which begins in Sabina Park, Jamaica on February 4 will be refereed by former Victorian fast bowler Alan Hurst.

Rudi Koertzen and Asoka de Silva, will stand in the 1st Digicel Test in Jamaica with Daryl Harper, assuming the role of television umpire.

That team will stay together for the 2nd Digicel Test in Antigua with Harper and de Silva standing and Koertzen performing the duties of television umpire.

The action then shifts to Barbados with Aleem Dar and Russell Tiffin standing in the 3rd Digicel Test with Harper as television umpire. 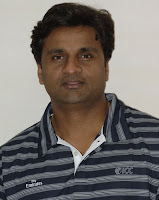 The 4th and final Digicel Test of the series will have Harper and Tiffin as the on-field umpires with Dar as television umpire.

Former Indian fast bowler Javagal Srinath has been named as match referee for the five-match Digicel ODI Series. This Digicel ODI series will be umpired by Dar along with local appointments.

All is in place for the start of the Digicel Series 2009 which commences Wednesday February 4.