Acclaimed reggae star Richie Spice returns to the airwaves with his latest single, “Street Life.” Produced on the Chemistry Riddim, which currently sits at number one on the reggae charts with D’Angel’s “Stronger,” Spice paints a poignant tale of knowing what life is like growing up in poverty, and dealing with the harsh realities of street life. 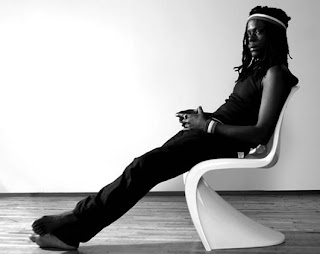 A Billboard artist, Spice propelled into mainstream airplay with his universal hit, “Youths Are So Cold,” back in 2006. He has been busy touring countries around the world since the release of his recent album, Gideon Boot (VP), in May 2008. The album peaked at number one on Billboard’s Top Reggae Albums, and spurned the culture hit, “The Plane Land,” which took Spice all the way to headlining reggae night at Reggae Sumfest last summer in Montego Bay, Jamaica.
Now Spice gears up for a new year of recording his signature soulful and culturally conscious vibes that deem him a permanent fixture in representing reggae music around the globe.
“I want to make music for the youths, and address topics that affect them,” states Spice. “I want to help our next generation know so they can choose not just a quick and easy path, but the right one. It’s our turn to look out for the new generation and help them fulfill their potential.”