The world of music embraces the incomparable talents of Annya Li – a vibrant and versatile singer, songwriter and dancer, with a fresh sound and distinct style. Born and raised in the beautiful twin islands of Trinidad and Tobago, Annya began her journey as a singer at the tender age of five, when she first discovered her love for music.?
Singing came naturally for Annya, and her inevitable decision to venture into the music industry came as no surprise. In addition to her soulful voice, Annya is a talented songwriter. She lyrically profiles her own life experiences, and the journeys of others whose stories are synonymous with so many other people around the world whose voices cannot be heard. “When I first started to feel my way around music I used to write for myself. Now I write music that means something to other people.” ? 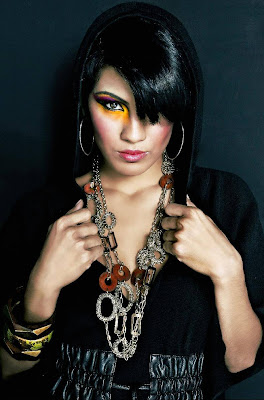 Profoundly influenced by many great musical icons, Annya has been impacted by the works of many other artists. However, she treasures her unique sound and style that she brings to the music industry. “I wish to sound like Annya Li.? I have a unique voice, which I would love to keep learning to develop.”? Annya also attributes much of her success to influences from her family, including a diverse ethnic background.?
“I have always said that there were so many things dividing us as a people and I thought music should not be one of them. I have heard people refer to R&B as black music and contemporary music as white music, so I purposely use different genres in my music to blur the lines between that divide. I want my music to bring people together from different nations, backgrounds, skin colors, and so on.”
As there is no one genre that is particularly prominent in the music she creates, the sound of Annya Li can be classified mostly as pop. Her music comprises a fusion of sounds including R&B, Jazz, Rock, Eclectic Soul and Trance. With her unique genre-bending sound, Annya aims to unite diverse cultures through her music.