Lawmen in have launched a campaign?targetting youngsters who show their underwear in public by wearing their pants below their waistline.

The crusade is the latest of several news initiatives introduced by New Police Commissioner James Clarkson, who was sworn in shortly after last July?s general elections. 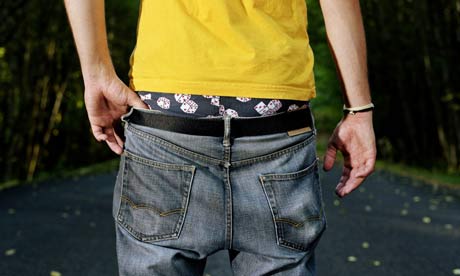 ?They have some people especially young men who forgot at this point where their waist in their body is. They think their waist is by their knees,? said Commissioner Clarkson, who has also served in police forces in and .

The so called ?sagging pants? trend has been linked to the international hip-hop culture but is said to have its roots in prisons where inmates? pants often hang off their butts because they are not allowed to carry belts.

Grenadian youngsters have also caught on this growing fashion trend, made popular on videos of the rap genre and which has been a major subject of debate in the where some states have passed laws banning the practice.

Commissioner James said recently his officers ordered a group of tourists back on a cruise ship because of the way they were dressed.

?That is one of the things we would be addressing. The youngsters who forget where their waist is and we will address that and I am going to seriously address it,? Commissioner Clarkson warned.

?The funny thing about that is that they feel nothing is wrong,? he added.