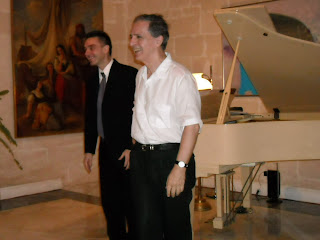 Ambassador Orlando Galveas Oliveira of Brazil and Las Palmas will always hold a special place in my heart. They helped me to help my mom earlier in 2008 after she was at the QEH due to complications with her diabetes. That is why it’s sad to learn he’s been reassigned to Africa, he’ll be heading a mission in Cameroon – but at least Momma actually made it her business to attend the farewell concert in Rockley the other night.

However, the transfer has to be ratified so he has another two or three months here before he packs up for good -?he stated he wanted to remain but Sao Paolo indicated his Barbados term is at its maximum posting and its time for another venture. 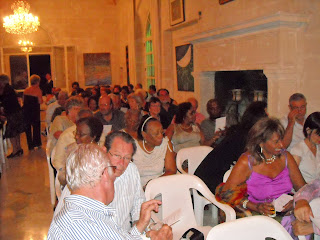 So rather than be sad, the envoy decided to whoop it up with a gala gathering and a concert, which featured no less than Dr Fabio Gardenal performing the works of Heitor Villa-Lobos and Ernesto Nazareth. 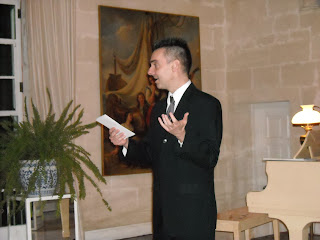 The party was a packed affair with Brazilian cheese-balls, chicken puffs and the like.?The former Dean of St Michael’s Cathedral, Harold Crichlow; Kyffin Simpson of SOL; Norma and Jean Holder (ex-BCC and CTO respectively) as well as Vici Reitano of Select Magazine were among the many folks attending the bye-bye shindig. 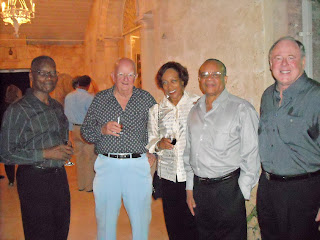 Then there was Dr Gardenal’s rendition, superb! He is very specialised;-

Fabio Gardenal holds a Bachelor of Music from Sao Paulo University and an MA and Ph.D. in Piano Performance from New York University.? In Brazil, Dr. Gardenal?won numerous competitions and made his orchestral debut with the Sao Paulo State Symphony at age 17, playing Brahms’s D minor Piano Concerto. In Europe, he studied chamber music in Berlin with Eberhard Finke, first cellist of the Berlin Philarmonic. He?also toured Europe playing concerts under the auspices of Jeunesses Musicales.

I tended to prefer the works of Nazareth, they seemed a slightly Latinised version of Gershwin whereas Villa-Lobos is more intricate and esoteric. Dr Gardenal played Fon Fon, Bambino, Duvidoso, Brejeiro, Faceira and Odeon from Ernesto and from Villa-Lobos the concert?pianist assayed Valsa da Dor, Alma Brasileira in addition to four movements from Bachianas Brasileiras. 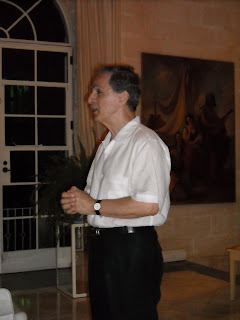 Well, these kinds of nights are at a premium now, although we can only hope Sao Paolo’s replacement will be at least as half as affable, charming and gregarious as Orlando Galveas Oliveira. He also accomplished much in his term in seeking to promote ties of sports, culture and travel between Brazil and here – he will be greatly missed!