Pyramid Entertainment is pleased to announce that two members of its roster have been successful in reaching the semi final round of Trinidad’s illustrious International Groovy Soca Monarch competition. 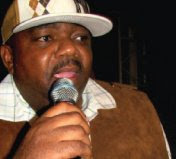 The annual competition was established in 2001 and was dominated by Trinidadians up until 2007 when Barbadian Biggie Irie claimed the title with his hit “Nah Goin Home”.

Incensed by this achievement Biggie Irie has convinced fellow Barbadian artistes to follow in his footsteps and enter this stiffly competitive arena. In this year’s competition two Barbadian artistes have battled through strong Trinidadian opposition to win spots in the semi-final. These are Pyramid Entertainment’s Peter Ram with his 2008 hit “Tight”, fellow camp member Biggie Irie with his homage to plus sized women “Bigg Girlzz“. 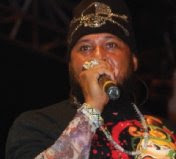 These two will be preparing for the semi-final battle on Sunday 8th of February at the Arima Velodrome. The panel of judges will include celebrity judge Danny Glover, along with several other seasoned music veterans.

In yet another Trinidadian competition, the Barbados 2008 Party Monarch winner Khiomal is also preparing to compete in the International Power Soca competition as a finalist. He is automatically a finalist based on this 2008 title. This competition’s semi-finals will be held in conjunction with the International Groovy Soca competition at the Arima Velodrome. Pyramid Entertainment wishes them the very best in their efforts and the Barbadian contingent will be exceedingly vocal in their support for these three very outstanding artistes.