This 08/09 issue features personalities such as Jahman and Rudy, both reggae artists coming out of nearby St. Thomas USVI. Local features include our very own ZROD disc jockey Push-Pop aka Craig Lake and BVI businesses, KT Productions and Simply Exxotic Productions. 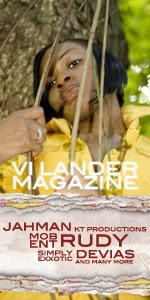 In an effort to showcase all segments of the Virgin Islands? talent, this issue has interviews of local models, Lavanta Thompson and Alexis Lettsome in the VI Divas segment.

Copies of the DVD magazine can be found at Bolo?s Department Store, IceMart, Varieties and Electronics and Kaunda’s Kysy Tropix in Tortola. St. Thomians can grab their copies from Modern Music in Havensight.